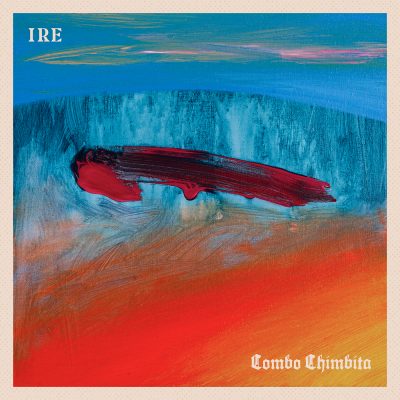 Combo Chimbita is a visionary quartet that draws from ancestral mythologies and musical enlightenment. Comprised of Carolina Oliveros’ mesmeric contralto, illuminating storytelling and fierce guacharaca rhythms, Prince of Queens’ hypnotic synth stabs and grooving bass lines, Niño Lento’s imaginative guitar licks, and Dilemastronauta’s powerful drumming, the lure and lore of Combo Chimbita is intense and undeniable. Their cathartic new album IRÉ continues their mystical saga, with an
evocative title forged upon double-edged meaning: on one hand embracing the divinely inspired blessings and prosperity foretold by our spiritual elders, and on the other a brazen, propulsive affirmation of revolutionary futures in the making. Afro-Caribbean transcendance, bewildering chants, booming drums and psychedelic distortion lay the rhythmic foundation for IRÉ; a testament to the ever expanding scope of Combo Chimbita’s sonic palette and their modes of resistance in realms both spiritual and terrestrial.

IRÉ finds its rallying spark in convulsive present day realities by metabolizing the anxieties of systemic racism, capitalist decadence, totalitarian governments and the attempted erasure of queer and trans people. Early writing sessions in the summer of 2020 found Combo Chimbita grappling with the limbo of the COVID-19 pandemic, while a firestorm of Black Lives Matter protests swept through streets around the globe. Months later, they flew to Puerto Rico to record and mix the LP, bearing witness to the suffocating complexities of the island’s imperialist tether to the US. “Within the saga of Combo Chimbita,” reflects guitarist Niño Lento es Fuego about each of the band’s releases, El Corredor del Jaguar (2016) finds this eternal being lost outside their realm and returning to Abya Yala (2017) in order to heal and restore peace to the continent. Ahomale (2019) appears as a guiding energy of resistance and now IRÉ  represents those chosen to lead the revolution and materialize the good fortunes foretold in their divinations.”