the bird and the bee 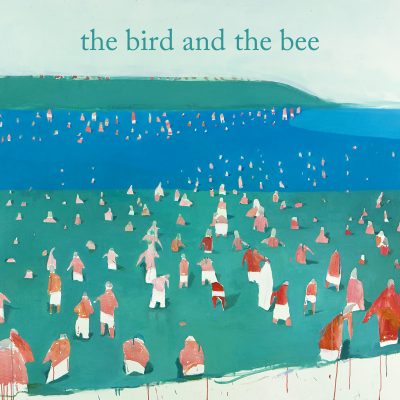 Acclaimed duo the bird and the bee – singer Inara George and multi-instrumentalist Greg Kurstin – has released a new song, “Lifetimes,” in celebration of the 15th anniversary of their 2007 self-titled debut album for Blue Note, accompanied by an animated music video directed by Simona Mehandzhieva & Norbert Garab.  The duo were able to record the track together in the same room at Greg’s No Expectations Studios in Hollywood, after having to collaborate remotely on their 2020 Christmas album, Put Up the Lights, due to the COVID-19 pandemic.  “It was really nice to be back in each other’s company and working on music together… Greg and I have always had a very easy and fun time collaborating. We have a kind of unspoken understanding and such a creative ease. Being back together inspired this song about our first musical collaboration.” It’s appropriate that the cover art for “Lifetimes” connects to that of the debut album, as both were painted by George and Kurstin’s friend Helen Verhoeven.

Since forming in 2005, the bird and the bee have brought a breezy elegance to their music, putting their own idiosyncratic twist on time-bending indie pop. The 2007 debut album sported the No. 1 Billboard Hot Dance Club Play hit “Fucking Boyfriend;” since then, they’ve released three additional studio albums as well as two volumes in their Interpreting the Masters series, on which they’ve recast the music of Daryl Hall & John Oates and Van Halen in their unique, playfully brilliant style. Kurstin has gone on to major success as a producer and songwriter, having won eight Grammys for his work with Adele, Beck and Sia, among many others.

“The track is led by a distorted guitar line that sounds rough, yet soft and ethereal at the same time. The chord progression has much to do with the ethereal sound of the song. The vocals sound angelic and high-pitched as they’re soaked in reverb.” -mxdwn

Label: Release Me Records / No Expectations