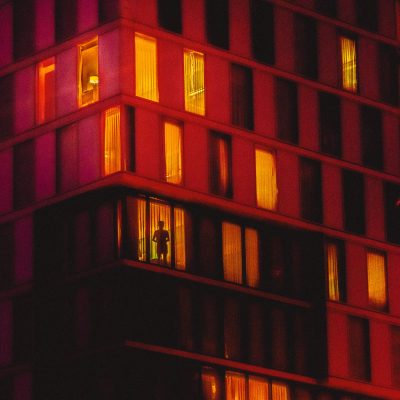 San Diego’s Creature Canyon encapsulates the fiery energy of indie and alternative rock with waves of contemporary psychedelia. Known for their thrilling and captivating live performances, the quintet— Austin Steele (vocals, guitar), Ryan Amyot (guitar), Kyle Victoria (drums), Aaron Lund (bass), and Luc Fralic (keyboards, percussion) — has received nods from Billboard, Paste, and other industry tastemakers. Produced by Private Island frontman Christian Lum, engineered by Mike Schuppan (Foster The People, Young The Giant, Wolf Alice), mixed by Jordon Silva (Vance Joy, The Avett Brothers), and mastered by Brian Lucey (Cage The Elephant, Arctic Monkeys, The Black Keys), the band’s fourth album Remarks is a dynamic portrayal of personal growth and reflection in the modern age. Diving into colorful and nuanced experiences that traverse through organic and synthetic soundscapes both familiar and new, the album highlights lyrics that encompass uncertainty and moments of self-realization gained by navigating the demise of a dysfunctional relationship and emerging on the other side with a newfound perspective.

The band says, “creating this album has been a journey for us, both emotionally and sonically. We spent a lot of time early on in the writing process establishing a sound that collectively represented each and every member of the band. We all had equal contributions to the songwriting, pulling from each member’s past experiences to bring it all together.”