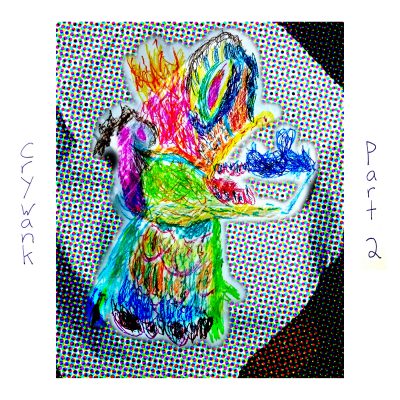 Anti-folk act Crywank has a new song, “Part 2,” and File Under: Music has released it – along with a video – as the sixth audio/visual single in its One Song At A Time series. Formed in the UK, the project originally started as a solo project by James Clayton before Dan Watson joined on percussion. Crywank writes songs that bounce between confessional and tongue-in-cheek, regularly drifting into the area of self-parody, and self-released the LP “Don’t Piss On Me, I’m Already Dead” last year. About “Part 2,” Clayton says, “My friend recorded me in his living room. We had the window open and in the chorus a car alarm started going off outside, it started going in time with the music and then went off when the chorus ended. This seemed too perfect of a take not to keep.”

“Part 2” follows One Song At A Time singles from Skye Wallace, Johnny Foreigner, Pill Friends, Wallgrin, and Slime Girls. The series is visual as well as aural, and features videos of each of the artists’ songs. The video for “Part 2” was directed by Seth Smith and tells an eery and macabre tale.

“Director Seth Smith has paired the track with a visual story of its own, both rooting themselves in feelings of loneliness, liberation and unease.” -Noisey

Check out the video for “Part 2” below: