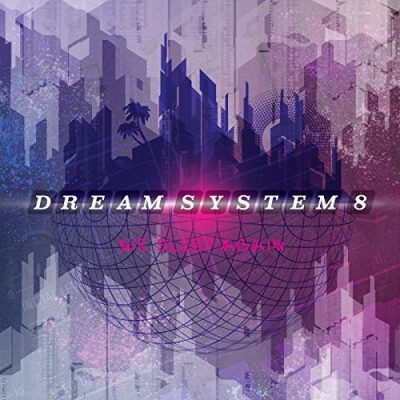 Emotional maturity in the age of app-based dating is hard to come by, and in the case of Dream System 8 it’s led to great music. The project started with a Tinder date between veteran musicians Erica Elektra and David Klotz; while romance didn’t blossom, the two did find an immediate musical kinship. Klotz, an Emmy Award-winning music editor and former member of seminal indie pop band Fonda, had been recently inspired while working on the score for Netflix’s Stranger Things. “I loved the sounds that the show’s composers [Kyle Dixon and Michael Stein, of

S U R V I V E] created with synths,” he recalls. “It was unlike anything I’d heard before in the world of film scoring.” When he met Elektra, who fronted the beloved underground electro pop band Hearts of Palm UK in the 2000s and released a solo record in 2012, he knew he’d found a talented songwriter who shared his newfound passion.  After Klotz scoured eBay and built a collection of early-80s synthesizers, they set to crafting a sound that conjures nostalgia for an era when The Human League, Tangerine Dream, and Duran Duran ruled the airwaves. Yet Dream System 8 is no mere throwback act — throughout their debut LP We Sleep Again, the duo keeps things engaging with strong, reflective lyricism paired with expansive, evolving, and evocative soundscaping.

The opener, “Losing All of You,” begins with a laid-back beat as the arpeggiation of a Korg Mono/Poly confronts a lyric about the intricacies of relationships and the possibility of them ending. “It’s All Happening” is a shimmery number encouraging listeners to live in the now, and “Color The Stars” is throbbing and bouncy, yet some songs provide moving counterpoints by delving into personal tragedies. “Dedication,” written about Elektra’s father’s struggle with ALS, and “Help Me See,” about the death of a love interest, deal with heavier topics than those often associated with electronic music.  On We Sleep Again, Dream System 8 succeeds mightily at memorably combining and sustaining seemingly disassociated worlds over the course of an entire album.

“Jam packed with vintage synth tones that meld together into a straightforward pop track. While synthesizers form the core of Dream System 8’s unique electronic pop sound, the song is elevated to a higher plane by its ethereal female vocals.” – mxdwn.com

“DS8… has a wistful but buoyant quality — yes, it is unabashedly starry-eyed.” -Buzzbands