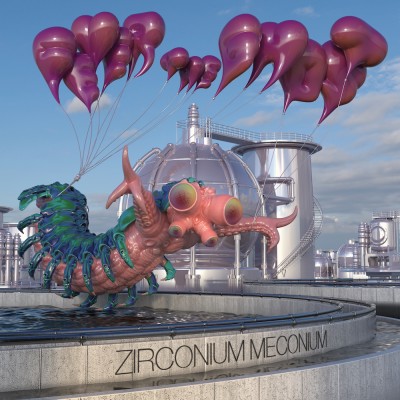 Just over a year after making a mark on LA’s underground scene and releasing the celebrated EP Crab in Honey, Fever the Ghost has become ascendant. Coming after tours with Sean Lennon, Temples, and Flaming Lips, their debut album Zirconium Meconium demonstrates that the band’s success is not a result of hype. Rather, it stems from their ability to sleekly marry esoteric tendencies with inescapable melodicism, combining interstellar vibrations and a sense of youthful wonder into an unparalleled pop sound.

A highlight of the album is the otherworldly “1518,” a perfect track to showcase the band’s aversion to verse-chorus structure and uncanny ability to synthesize glam/psych/kraut rock into addictively groove-based music that somehow balances experimental electronic sounds and oddball vocal effects with radio friendly hooks. It joins previously-released single, “Vervain (Dreams of an Old Wooden Cage),” which presents a different glimpse of this far-out and expansive psychedelia that aims to musically interpret the third dimensional integration process from the perspective of vital force energy incarnating into the physical world. Zirconium Meconium comes out September 25.

“Unpredictable and zany in the best possible way, the track makes MGMT sound like a normal pop band.”
-Consequence of Sound

“It sounds like Rush making a version of [the Rolling Stones‘] Satanic Majesties Request… this Fever the Ghost record, like them, is just not of this dimension.”
-Wayne Coyne (Flaming Lips)