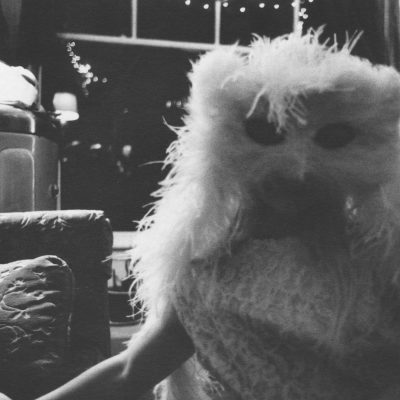 Absolute Loser – Eric D. Johnson‘s stunning return to The Fruit Bats moniker, released earlier this year to critical acclaim and major radio success – came five years after the last Fruit Bat’s album, 2011’s Tripper. Yet The Glory of Fruit Bats, a totally-new collection of originals sprinkled with a few cover songs, comes less than a half-year after Absolute Loser. Performed, produced, engineered, and mixed by Johnson in Portland, Oregon over the course of one week, the record is the latest installment in Fruit Bats’ vast catalog of lost folk hits and existential make-out music. It’s being released on Record Store Day: Black Friday, with this digital servicing representing the only current non-vinyl version of the LP.

The Glory of the Fruit Bats is a gift to fans, and it hardly feels tossed-off despite its brief incubation period. Opener “The Glory Of,” as well as other originals like “Gideon” and “Rock Doc,” add to the group’s cannon of gorgeously articulated folk, with delicate vocals and guitar arpeggiations that provide the perfect soundtrack to a pensive winter’s day and are held together by ambient instrumental soundscapes between several of the songs. Johnson’s choices of cover songs are also on point, drawing attention to underappreciated classics by Judee Sill and Ted Lucas as well as the monster hit “I Will Always Love You” by Dolly Parton. Johnson takes the song in the opposite direction of Whitney Houston‘s bombastic version from The Bodyguard, featuring a sparse arrangement that lends understated vulnerability to one of the greatest torch songs in pop music history.