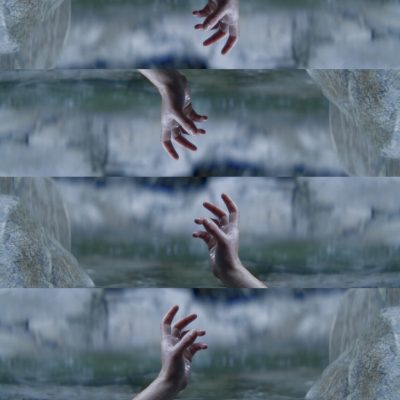 File Under: Music has released the fourth single in its One Song At A Time series, a track called “Ae’aea” from experimental-art pop project Wallgrin. The solo project of composer, violinist, and vocalist Tegan Wahlgren, Wallgrin applies her talent to exploring the space between extremes of beauty and dissonance, expressed through layers of strings and exploratory human vocals. She has performed at TEDxVancouver and is now working on a debut album entitled Bird/Alien.

Wallgrin’s single follows One Song At A Time singles from Skye Wallace, Johnny Foreigner, and Pill Friends. The series is visual as well as aural, and features videos of each of the artists’ songs. The video for “Ae’aea” was made by director Matt Leaf, who has previously worked with Hedley, the Pack A.D., and NEEDS. He and Wallgrin filmed in the woods outside of Vancouver to create what Leaf calls “a surreal and beautiful journey into a parallel universe.”