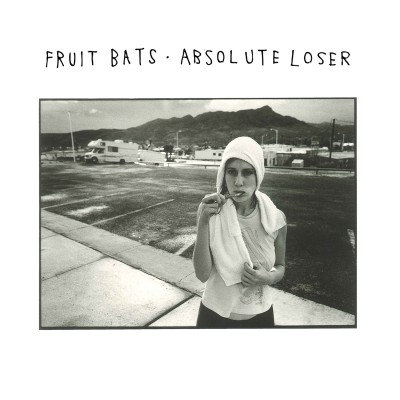 Since Eric D. Johnson began Fruit Bats, he’s had two #1 albums on the CMJ Radio 200, found success scoring films like Smashed and Our Idiot Brother, and contributed songs to movies like Wild. He’s produced albums for The Cardigans’ Nina Persson and Breathe Owl Breathe, amongst others, and has played with talented peers including Califone, Vetiver, and The Shins. He’s established a music festival – The Huichica Music Festival – that pairs indie musicians with the wines of Sonoma, California. Yet, in 2014 he was ready to drive his car off a cliff. His wife had suffered a miscarriage and he’d lost his voice in a cancer scare. Feeling frail in his sense of identity, he dropped the Fruit Bats moniker and recorded an album under EDJ. “I was so grief-stricken,” Johnson recalls now. “I wanted to blow up my life.” In the process of reflecting and resigning himself to new realities, he realized how much weight a name can carry and how much of his sense of self was contained in just two small words. Johnson came to the conclusion that he is Fruit Bats, so now Fruit Bats is back.

Absolute Loser, Fruit Bats’ sixth studio album, represents a fine return to form. Musically, the LP retains the same structural pop elements that made Fruit Bats so beloved in the first place, with simple-sounding melodies that belie the thick musical textures Johnson has constructed. Ringing guitars, pointed pianos, and rolling banjos surround his vocals for a lush sonic tapestry with a folksy, Americana spirit. Lyrically, Johnson draws deeply from his personal experiences while encapsulating universal themes and emotions to present a treaty on how to redefine oneself after tragedy. “My Sweet Midwest,” for example, addresses the holistic nature of coping with turmoil, “Baby Bluebird” stings in its portrayal of loss, and closer “Don’t You Know That” is about moving on in the face of tragedy even if no one else cares. It’s the most honest, and most confessional, album of Fruit Bats’ career.

“Johnson returns… with a tune and performance that’s as beautifully constructed as anything else in his catalog. ‘From A Soon To Be Ghost Town’ doesn’t break the Fruit Bats mold as much as it underscores how solid it was in the first place.” -KEXP