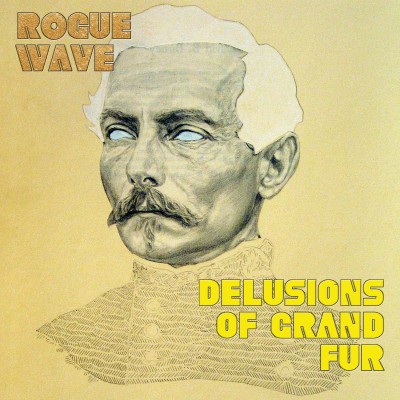 Delusions of Grand Fur, from Oakland’s Rogue Wave, is a masterstroke by a band that knows who it is but is nonetheless unafraid to evolve. Since 2003’s Out of the Shadow, Rogue Wave has toured the world with the likes of Nada Surf and Death Cab For Cutie; soundtracked countless television shows and movies; and been featured in a PBS documentary. Yet on the band’s sixth album, singer/guitarist Zach Rogue and longtime drummer/engineer Pat Spurgeon have returned to their roots, producing themselves at their home studio, and along with bassist Mark Masanori Christianson and guitarist Jon Monohan, the two expanded the band’s emotional spectrum by experimenting with their well-loved gear and letting the songs take form. The result is a warm, melodic, and fresh sound founded on patience, fearlessness, and the unbridled joy of creating something meaningful to help us navigate through these vacant times.

The album opens on a confident tone with the upbeat and personal “Take It Slow” and the energetic, gyrating, and infectious “In the Morning” (mixed by Death Cab For Cutie‘s Chris Walla). The bright clip of “California Bride” might sound most familiar to longtime fans, while the Grimes and Kraftwerk-inspired synths of “What Is Left To Solve” and “Frozen Lake” herald a new, exciting direction from the band. From the opening chords of “Take It Slow” until the conclusion of the slow-burning, achingly lush closer “Memento Mori,” Delusions of Grand Fur delivers its message with supreme urgency and serves as a culmination of all Rogue Wave has learned over its career. “We wanted to just go with our own instincts and trust ourselves,” says Rogue. “This record was the most challenging album we’ve ever worked on, but it never felt like a slog. When we are working on songs together, it just never feels old.”