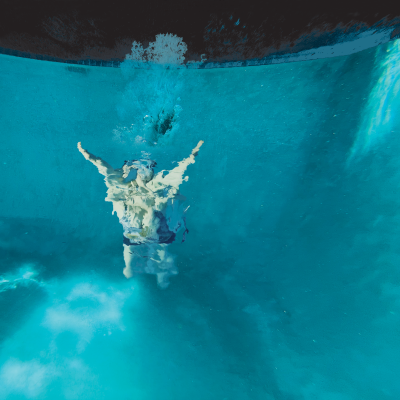 Soft Assembly Of A Die Hard is the debut solo effort of LA-based multi-instrumentalist G Bryant. The 12-track LP reflects the array of influences in Bryant’s eclectic music-making, including indie post-rock, ambient soundscapes, psychedelic folk, dark Americana, musique concrete, traditional African music, and others. The album is rooted in warm synths and electric bass, spooky banjo, and lush electric and acoustic guitars, with occasional spare vocals, samples, and drums. Thematically, the record explores the human condition through the lens of genetics, political chaos, and isolation. Recorded during the pandemic, and self-produced in Bryant’s home studio, the album forays through several genres, settling in as a largely evolving instrumental soundtrack. One track, “Self Assembly,” the only one with guest musicians, was constructed as an experiment in self-organization, featuring violinist Constance Bainbridge (Mei Ohara) plopped into a spontaneous synth loop sprinkled with a banjo, followed intently by Jeremy Kagan (the renowned filmmaker) on clarinet. Other tracks fill out a cinematic landscape, littered with odd sound bits and psychedelic instrumental explorations. While each track stands on its own, it is ultimately meant to be listened to as an album.

Bryant has a long history of collaborations with rock and electronic musicians, visual and sound artists, videographers, and sound researchers. As a professor at UCLA who has published several dozen papers, Bryant interweaves his lifelong music background with the scientific study of cross-cultural vocal communication and biomusicology. Over the years, Bryant has been featured on NPR multiple times, as well as the NY Times, Wired, National Geographic, BBC, Time Magazine, and hundreds of other newspapers and websites. Musically, he has performed in Southern California at many music venues with different bands over the last 30 years, and has performed solo at the Santa Cruz International Live Looping Festival several times.