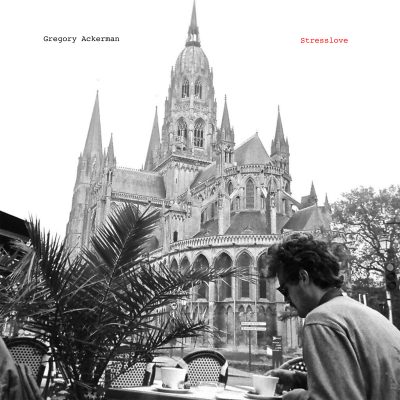 LA-based singer-songwriter Gregory Ackerman’s Stresslove EP is made of “love songs meant for those who had fallen out of love” and was produced by Pierre de Reeder, the former bassist of Rilo Kiley and the engineer of recent recordings with bandmate Jenny Lewis, M. Ward, She & Him, and other notable songwriters. De Reeder adds sonic hypnotic mysticism to Ackerman’s Seventies-inspired Californian sunset melodies, just as he did on Ackerman’s acclaimed 2018 debut album And Friends. Atwood Magazine hailed that release for its “sincerity and simplicity,” while Popmatters described a “warmth that emanates from the music [that] immediately pulls listeners in.”

This new, four-song release “follows the arc of a failed relationship,” says Ackerman. “It’s like a sonic version of 19th century painter Thomas Cole’s series The Course of Empire, but for the stages of love.”

“’We’ve Got A Runner’ is a gentle tale of breakup, over highlighted, ethereal marimba, shakers and even handclaps in the mix.  It’s a stirring percussive ensemble, over moving vocals and guitar.” –Americana Highways