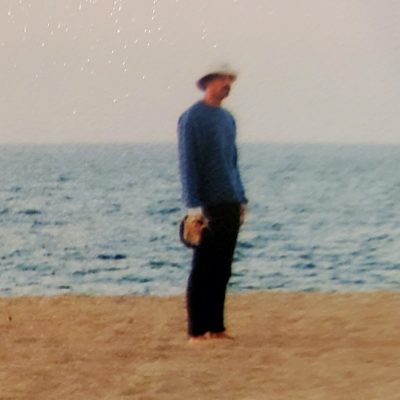 “I used to feel like I was the only one that should have a say in my process,” says Los Angeles-based multi-instrumentalist and songwriter Gregory Ackerman of his music. “I’ve since discovered that both life and music get better the more people you share them with.” Ackerman’s latest work, Still Waiting Still, embraces this discovery. The follow-up to 2019’s Stresslove EP (V2/Munich Records), and Ackerman’s first full-length since his debut And Friends in 2018, it was produced by Pierre de Reeder of Rilo Kiley. De Reeder adds touches of hypnotic mysticism on top of Ackerman’s California summer sunset melodies, which beautifully combine with his  plainspoken philosophical lyrics and twisty, dexterous guitar to create a  signature sound. The record also features contributions from other Los Angeles-area talents such as Mark Federonic, Theo Federonic, Shelby Gogreve, Grant Milliken, Eva B. Ross, and Gabriel Wheaton. “These are all great musicians that I met playing shows in Los Angeles,” Ackerman explains. “This new personnel, combined with my trusty foundation (Ackerman’s brother Eric Ackerman, close friend Keenan McDaniel, and de Reeder), helped Still Waiting Still become a lively collection of brand-new material mixed with songs that I’d written years ago.”

“For this album I wanted my past self and current self to align again as one fluid artist,” says Ackerman. “All of the songs on Still Waiting Still have an inherent grit or humor to them, and were written with a youthful ironic moodiness which I relate to once again as a 28-year-old.” Highlights include “Full Grown,” an early composition updated here with a beautiful, cinematic, string arrangement; “Good Song,” written about the pressure to create ‘likeable’ music; and “Mr. Moon,” a delicate, crooning ode to our planet’s natural satellite. According to Ackerman, Still Waiting Still is “not perfect, just as nothing with a heartbeat ever is, but I hope that it represents some part of me that perhaps I could not express any other way.”

“As breezy as it is riveting–it’s a brilliant meditation on the quotidian life and its daily comforts and disruptions. Ackerman’s work is intimate and confiding and played with the kind of commanding interior strength that gives it an instantly timeless quality.” –Stereo Embers