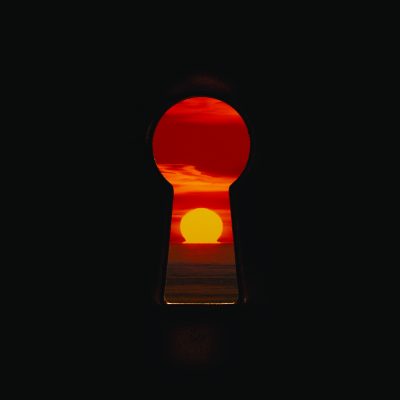 Kuroma, the Georgia-based affiliates of MGMT and The Whigs whose 2015 album Kuromarama charmed listeners with its candy-coated psychedelic sound, returns with The Dark Horse Rides Again. The band, which has toured with Tame Impala, Jarvis Cocker, The Walkmen, and more, has been growing upwardly since its 2007 full-length debut Paris, and the new LP reveals both a new side to the band as well as a deeper, more introspective look into mastermind Hank Sullivant‘s spiritual history and psyche. It’s the kind of art that can only come from deep personal examination and reflection combined with trust in community and self to portray the resulting emotions with honesty, courage, and no small amount of groove. The album’s title comes from the after-the-fact serendipitous revelation that Japanese word 黒馬 – pronounced “kuroma” – translates to “black horse.” For Sullivant, this meaning is linked to the idea of finding creative inspiration while shrouded in darkness. “Vincent van Gogh called his process active melancholy,” Sullivant says. “Even though he was wrapped in darkness, he was able to paint.”

Kuroma, which along with Sullivant includes Simon O’Connor, James Richardson, and Will Berman, went to a Brooklyn studio with producer Al Carlson (Oneohtrix Point Never, Ducktails, St. Vincent) at the end of October 2015 to build upon demos Sullivant had begun at home. The band worked at an inspired clip, finishing the recording in just two weeks. In this sense, Dark Horse is reminiscent of the golden age of rock and roll during the 60s and 70s when bands would work quickly and tirelessly to release multiple albums in a small span of time. The result is a cohesive and self-assured album that presents multiple styles, sounds, and heights. Dark Horse‘s opener, “A Day With No Disaster,” launches the album’s full-on assault with a washed-out blast of sound and a gorgeous, out-front melody. Written on just an acoustic guitar without any ornamentation, the song was fleshed out with a shoegaze wash that was heavily influenced by My Bloody Valentine. “Tennessee Walker,” another highlight, has a spritely feel propelled by shimmering arpeggiated guitars and a speedy, cheery melody. That song reckons with Sullivant’s upbringing in the American South, while the gorgeously orchestrated “Perfect Girl” is a dulcet, direct, and affectionate ode to his wife. “I’m the Kind” was inspired by classical music, specifically Maurice Ravel’s “Le Gibet,” while other tracks like “The Island In Me” and “I Want the Kingdom” are Sullivant’s attempts at writing songs along the lines of classical pop songs.