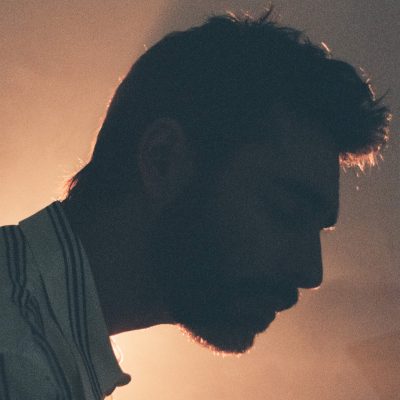 New Ways is Leif Vollebekk‘s follow-up to 2017’s critically-acclaimed Twin Solitude. Twin Solitude was a breakthrough album for the Montréal-based artist, landing a spot on the Polaris Music Prize shortlist and a Juno nomination. Garnering more than 23 million streams, the record was praised by NPR Music, The Line of Best Fit, Paste, WXPN, KCRW and Exclaim! The new record features musical contributions from Olivier Fairfield (Timber Timbre), Homer Steinweiss (The Dap-Kings, Amy Winehouse, Mark Ronson), and vocalist Angie McMahon. “Anything that I wouldn’t ever want to tell anyone—I just put it on the record,” Vollebekk says about the album, which has hints of Prince and Bill Withers. ”That last record I made for me,” Vollebekk admits. “This one is for somebody else.”

Recorded at Capitol Studios in Los Angeles and Studio Breakglass in Montréal, New Ways is an album that lives between the kick and the snare, in that instant of feeling before the backbeat. Whereas Twin Solitude was about self-reflection, New Ways is about engaging and changing, touching and being touched. It’s a physical record, with louder and tighter grooves, and the rawest lyrics the musician has ever recorded. Focus track “Hot Tears,” he explains, “was written when my senses were much more focused and I saw colours much more vividly. The sky often looked like it could have easily been pulled from scenes of Terrence Malick’s The Tree of Life. It was the last song I wrote for the record. It was all recorded live: vocals, drums and piano. I wanted this song to sound as hot and rough as possible and make the lyrics fight their way through.” “Blood Brother,” the other focus track on the LP, was inspired by a gig in Newcastle last year with Margaret Glaspy. “She covered that Paul Simon tune with the line ‘My love for you is so overpowering, I’m afraid I’m going to disappear,'” he remembers. “Well, when she sang that line, it was like a bolt of lightning. I wrote this song a few weeks later.” The LP features Olivier Fairfield (Timber Timbre) and Homer Steinweiss (The Dap-Kings, Amy Winehouse, Mark Ronson) on drums, and additional vocals by Angie McMahon.  It was mixed by Chris Allen (Yoko Ono, Fleet Foxes, Sigur Rós, Margaret Glaspy) and mastered by Greg Calbi at Sterling Sound.