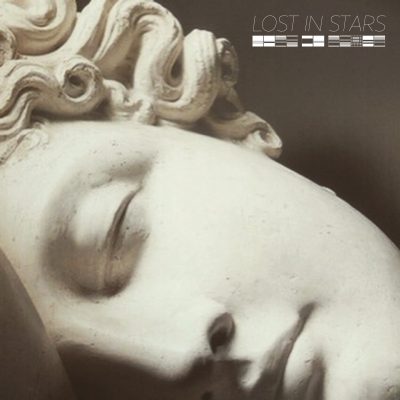 Dylan Willoughby is the Los Angeles-based producer behind Lost in Stars. On his debut, self-titled LP, he mines the depths of experimental electronic music, house, UK dubstep, grime and synth-pop. A classically-trained pianist, Willoughby was born in London and spent most of his summers there as a child; this environment heavily influenced his love of electronic music. Though only his first album, Willoughby’s work has found an international audience via SoundCloud and has been championed by the tastemakers at KCRW. Lost in Stars frequently collaborates with Greek-born artist Elena Charbila (known professionally as Kid Moxie, a star in her own right after her Willoughby-produced 2014 solo album 1888 and work with Gaslamp Killer) as well as Darren Burgos and Alysa Lobo. Lost in Stars has produced official remixes for Erasure, Kid Moxie, and Book of Love, and Willoughby has also produced videos for the Kid Moxie songs  “Lacuna,” “Museum Motel,” and “Mysteries of Love.” In addition, Willoughby is a creative writer with two published books of poetry, Thrive and Dusk at St. Mark’s, and a new book, Festivale de Murmure, forthcoming.

The LP includes three tributes: one to Willoughby’s father, another to an EDM hero, and one to an iconic screenwriter. On “Elephant & Castle,” named for his father’s home in England, the producer commemorates his dad by interspersing a chopped-and-screwed reading of Dylan Thomas’ poetry with some airy vocalizations by Moxie over a steely beat. “Once You Were Fire,” dedicated to the memory of Hyperdub MC The Spaceape, features hard-hitting, deep grooves underneath Moxie’s haunting vocal: “Once you were fire but the fire’s gone / but does the fire ever die?” The very-brief “There Were Stairs Here” is dedicated to Dan Gerson, the Big Hero 6 screenwriter and voice actor who succumbed to brain cancer last year. The LP also has its light moments. “Disappear” and “Flown” are two bubbly, whirring, and dreamy synth-driven love songs on which Willoughby demonstrates his ability to build tracks around the catchy, upbeat hooks sung by Lobo. On “Sky,” Burgos sings an uplifting lyric: “Won’t you come dance with me? We can touch the sky. We’ll leave it all behind, we can take it in stride.”

“Willoughby is picking apart decades of music history and assembling a new vision with the pieces.” -Slow Breathing Circuit