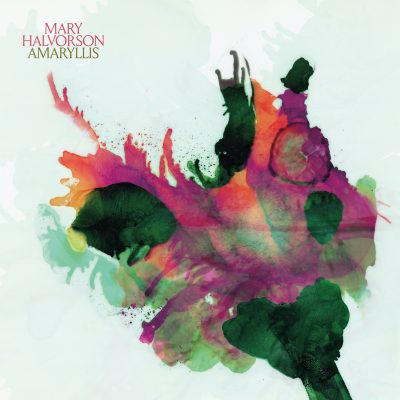 Nonesuch Records presents Amaryllis, the first of two twin label debut albums (to be followed by Belladonna), from Brooklyn-based guitarist, composer, and MacArthur fellow Mary Halvorson.  The two suites, which Halvorson describes as “modular and interlocking,” were produced and mixed by John Dieterich of Deerhoof. Amaryllis is a six-song suite performed by a newly formed sextet of master improvisers, including Halvorson, Patricia Brennan (vibraphone), Nick Dunston (bass), Tomas Fujiwara (drums), Jacob Garchik (trombone), and Adam O’Farrill (trumpet). The Mivos string quartet joins for three of the songs, making this the largest ensemble for which Halvorson has written to date. The suite showcases Halvorson’s many musical influences from jazz, experimental, new music, and beyond. Halvorson says, “Amaryllis features some of my favorite musicians on the planet. I started writing the music in 2020, when the world slowed and most activities came to a halt, and all I had was my guitar, a pencil, some staff paper, and a computer. The pleasure of imagining what the music might sound like kept me sane during that time and gave me reason to push forward.”

“An unflinching original who has revealed new possibilities within the music.” —New York Times

“During the last decade, Halvorson has reimagined the rules and roles of jazz guitar by pairing a graceful approach to melody with an iron will to warp, corrupt, and subvert it.” —Pitchfork

“The most future-seeking guitarist working right now, thinking out the instrument on a level most couldn’t comprehend.” —NPR