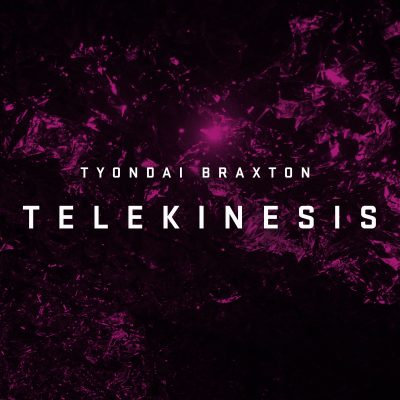 Tyondai Braxton releases Telekinesis—an eighty-seven-piece work for electric guitars, orchestra, choir and electronics—on November 11, 2022, via New Amsterdam and Nonesuch Records. Featuring the Metropolis Ensemble conducted by Andrew Cyr, the Brooklyn Youth Chorus conducted by Dianne Berkun Menaker, and chamber choir The Crossing conducted by Donald Nally, Telekinesis is the first studio recording of the work. Telekinesis is the result of a co-commission by the Southbank Centre London and Musica Nova, Helsinki Festival. The world premiere took place on April 18, 2018, at Queen Elizabeth Hall with the BBC Concert Orchestra and BBC Singers, followed by a performance at Helsinki Festival by the Finnish Radio Symphony Orchestra. André de Ridder conducted both performances. Braxton calls Telekinesis “the latest and largest example of intersections between my electronic music and notated music, both sonically and philosophically.”

Braxton, who Vice says “reminds us that the roots of today’s experimental music can be located in part in the wrenching reaction to the 20th century classical canon,” has been writing and performing music under his own name and collaboratively, under various group titles, since the mid-1990s. He is the former front man of experimental rock band Battles, whose debut album Mirrored was both a critical and commercial success. Braxton has composed commissioned pieces for ensembles such as the Bang on a Can All Stars, Alarm Will Sound, Brooklyn Rider, and Third Coast Percussion. In 2012, he collaborated with Philip Glass during All Tomorrow’s Parties’ I’ll Be Your Mirror festival. He has also performed his orchestral work Central Market with the Los Angeles Philharmonic, London Sinfonietta, BBC Symphony Orchestra, and New York’s Wordless Music Orchestra, and he wrote and performed on several tracks on Dirty Projectors’ 2017 self-titled album. His 2015 Nonesuch debut, HIVE1, was praised by NPR Music for its “playfulness—the feeling that experimenting with sound is a joyful game.” Braxton followed that release with the 2016 five-song EP Oranged Out, proceeds from which supported the work of Everytown for Gun Safety, and released three new tracks—“Dia,” “Phonolydian,” and “Multiplay—this past winter. Braxton has been appointed to Princeton University’s Music Composition faculty as an Assistant Professor of Music, starting in the fall 2022 semester.