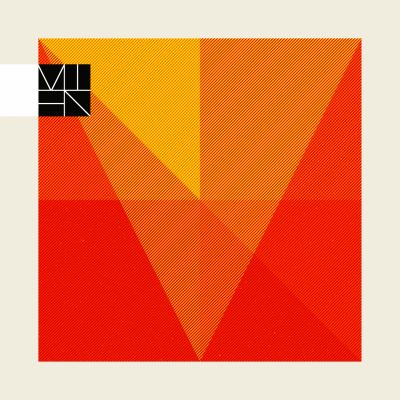 MIEN is a four piece that features Black Angels’ Alex Maas (vocals, samples, loops), The Horrors’ Tom Furse (keyboards, programming), The Earlies’ Rishi Dhir (bass, sitar, keyboards). and Elephant Stone’s John-Mark Lapham (keyboards, samples, programming). The seeds of their collaboration were sown long ago, after the members of the band met at a few different shared gigs and bonded over their shared love of The Association’s classic sitar banger from 1967, “Wantin’ Ain’t Gettin’.” They conspired to record a cover of the song together; that cover may have never come to be, but the sparks that flew between them lit up a collaborative path clearly worth following. After a couple of different attempts at the Association song, the members found themselves passing around a demo Lapham had previously abandoned to the cutting room floor, putting the track through an alchemical process that startled all four and eventually led to the band’s first single, “Black Habit.”

After several traversals of the globe by both plane and audio file, MIEN’s debut album finds this quartet transcending their origins whilst maintaining a cohesive unity borne of a desire for outward exploration. Lapham’s vision, as he puts it, was to craft a sound that resembled “the Black Angels as Nico in her ’80s industrial phase mixed with George Harrison and Conny Plank.” It’s an album that finds equal room for radiant groove-based propulsion and ambient dreamscapes alike – as comfortable with the murky hallucinogenic voyage of “You Dreamt” as the powerful widescreen sweep of ‘“I’m Tired Of) Western Shouting” – yet with songwriting acumen as potent as the production values are expansive and exploratory.

“Exceeds the sum of its dark influences.” -Pitchfork

“[MIEN] will put you in a mesmerized stupor.” -The Revue

RIYL: The Vacant Lots, A Place To Bury Strangers, S U R V I V E, JJUUJJUU, Gang Of Four, Bauhaus, The Soft Moon, The Moonlandingz