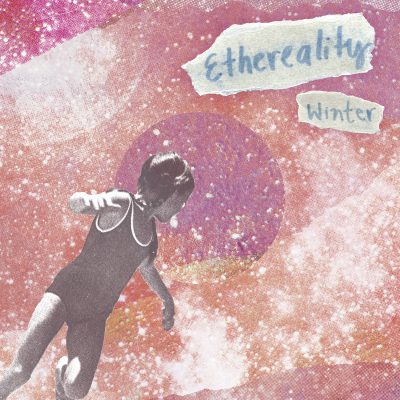 “My bedroom is a space of creative freedom,” says Samira Winter, the musician behind Winter. “There is no room for self-consciousness. It’s essential for every girl to have a space like that where she will not feel judged for any ideas and can express, move, dance, and play any way she wants to.” Winter was born in Brazil and grew up listening to her American father’s punk records and her Brazilian mother’s collection of Brazilian popular songs. She brought those influences with her to the Los Angeles neighborhood of Echo Park, where she formed the band, began playing shows, and eventually released the 2015 debut Supreme Blue Dream on local label Lolipop Records. While the success of that release led to international touring, she wrote the songs on new LP Ethereality in her bedroom. “I started writing the album after I finished college,” she explains. “I felt like I was in this in-between phase of feeling nostalgic of what I had just experienced and a feeling of not wanting to ‘grow up.’ As an artist, it’s extremely important for me to be connected with my inner child and to maintain a beginner’s mind when writing songs.”

In an interview with Buzzbands, Winter said, “When I was writing these songs I wasn’t thinking about playing them live or recording them. At that moment they were just for me, like a diary entry that gave me so much excitement.” The songs describe “friendships in college (‘Alligator’), my lovely pet Zoey (‘Zoey’), a boyfriend that showed me the world of shoegaze (‘Sunshine Devine’), and that cathartic feeling of sadness and beauty that’d I’d like to call ‘ethereality.’” Ethereality was produced at Comp-ny in Glendale with Drew Fisher (Girlpool, Kevin Morby).

“Her music is basically meant to be listened to in the back of a speeding car headed to the beach.” -Noisey