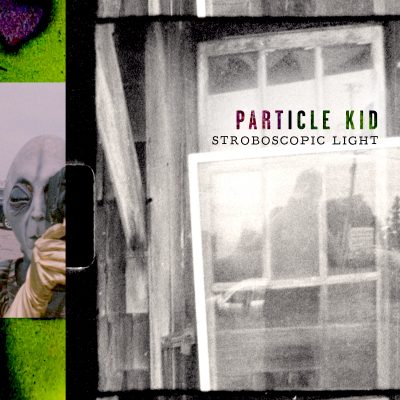 Particle Kid – the Los Angeles based, analog-focused project of Micah Nelson – comes from a lineage of musical and cultural pioneers. Having grown up touring with his father Willie Nelson and his brother Lukas Nelson, he has always been surrounded with authentic creative spirits. Hailed by Rolling Stone as “a musical polymath who combines an indie DIY aesthetic with a questing hippie spirit and a relentless work ethic,“ Particle Kid has spent much of the past decade in constant evolution, having gone from making DIY bedroom recordings and performing at underground house shows to collaborating and touring with Neil Young, collaborating and recording an album with Sunny War,  sharing the stage with the Saharan Tuareg group Tinariwen, and opening for The Flaming Lips and The Claypool Lennon Delirium. Recorded at the Venice Beach-based Hen House Studios, upcoming LP Window Rock proves to be Particle Kid’s most outward facing work thus far, with Nelson’s reverberant lyricism and melodic scope now grounded by the chemistry of Tony Peluso (drums, Roland SPDX, Juno 6) and Jeff Smith (bass, OP-1, mini-KORG), the rhythm section of his longtime touring band Insects vs Robots. As modern as tomorrow and yet wholly timeless, Window Rock stands as a significant milestone in Particle Kid’s ongoing story. This ambitious and atypical artist is determined to stay in constant motion, exploring new avenues of sound and structure.

Advance single “Stroboscopic Light” rings out with emotion and depth, elevated by the sound of a locked-in band and with a riveting sense of chaos in the tumbling layers of sound. Yet, threaded throughout is a hopefulness winding its way between the cacophony. It’s an appropriate mix of madness and optimism, and Nelson says the track tackles our “oversaturated post-modern age of narcissistic extremism and hyper-normalization.”

RIYL: Neil Young and The Promise of The Real, Flaming Lips, Insects Vs. Robots, Syd Barrett, The Claypool Lennon Delirium