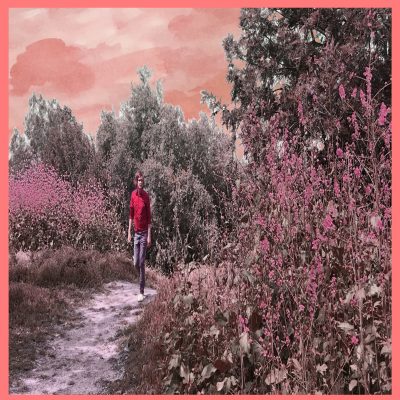 Soft Sailors, led by Los Angeles scene veteran Geoff Geis (Pizza!, Big Whup, So Many Wizards, Mabson Enterprises), is a smart, emotive, and economical band that modulates between jangly college rock and feedback-drenched, guttural grunge. Geis teased the project last year with The Soft Sailors Mixtape, a collection of home recordings that interspersed intimate originals with instrumental sound collages and covers of some of Geis’ biggest heroes: Bruce Springsteen, Talking Heads, and The Raincoats. Now, the band presents a bigger, more driving sound on new single “What We Live.”

“What We Live” finds Geis exploring his place in the world around him with urgency and self-reflective honesty. After a brief but chilling introduction from an electronic ghost choir, the track propels itself forward on the strength of a thumping, darkwave beat and frantic lyric. Says Geis, “‘What We Live’ is a song about the dread I think we all must feel at those points in our lives when we stop to think about how much our futures are constricted by our pasts and all the decisions we’ve already made. Every single opportunity we take costs us the myriad opportunities we didn’t take, thus even the most successful among us ends up with regrets. But existential angst is counterproductive —life isn’t what we want, it’s what we live.” It was recorded by Tyler Sabbag at Animaux Studios in LA.