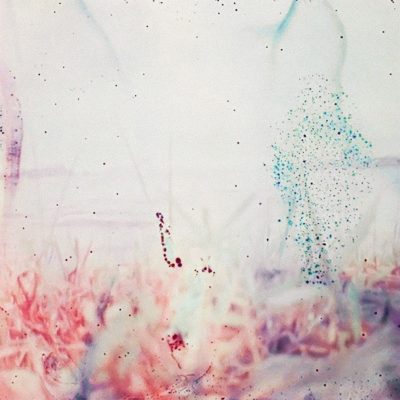 Pluralone (pronounced “plural one”) is the new project from multi-instrumentalist and songwriter Josh Klinghoffer. While Klinghoffer is best known for his stint as guitarist in Red Hot Chili Peppers from 2009 until 2019, he has played and recorded with a variety of acts -including PJ Harvey, Beck, and Gnarls Barkley – and has fronted the group Dot Hacker. Pluralone’s debut album, To Be One With You, is largely a solo effort on Klinghoffer’s part, although it features performances by frequent collaborators such as Flea (RHCP), Jack Irons, Eric Avery (Jane’s Addiction), and fellow Dot Hacker members Eric Gardner and Clint Walsh. This servicing includes the album along with two bonus cover songs from a 7″ single released last year: “Io Sono Quel Che Sono,” a mid-century Italian song, and Jorge Ben‘s “Menina Mulher Da Pele Preta” in Portuguese.

According to Mxdwn, “Pluralone is a little harder to categorize” than RHCP or Dot Hacker. American Songwriter says the project  “sounds like a mix of Smashing Pumpkins and Radiohead, should please rock fans with its elastic vocals and thoughtful, pulsing instrumentation,” and The Recoup says the album “offers ten beautiful moments of melancholy and grace” and describes it as “a piano-based affair [that] recalls the post-OK Computer Britpop style that was popular at the turn of the millennium.” The band will join Pearl Jam on tour this spring.

“On ‘Shade,’ Klinghoffer draws influence from the great John Cale of Velvet Underground fame and translates it into a breezy, swinging piece of alternative pop that treads the line between melancholy and joy.” -Mxdwn

“After branching out beyond the Chili Peppers, what [Josh Kinghoffer] has demonstrated is the capacity to be a formidable artist literally on his own.” -Mattderaugh.com