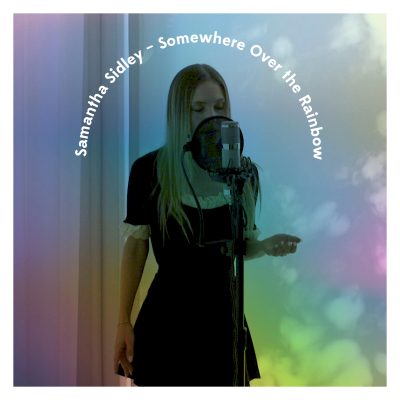 Released in 2019, Samantha Sidley’s debut LP Interior Person landed her on The Los Angeles Times Best Of The Year list, led to a residency earlier this year at Green Room 42 in New York City, and established her as America’s premiere lesbian jazz chanteuse. On “Over The Rainbow,” she presents her take on the Harold Arlen/Yip Harburg classic made famous by Judy Garland in The Wizard of Oz.

She says, “I believe it’s of the most perfect songs ever written. If I were to give anyone singing advice, I would say learn this song and make it yours. It’s timeless because it’s truly timeless.”

“Sidley’s stately voice renders the evergreen favorite something new while serving as a reminder of its unrestrained and unfaded glory. It serves as a superb vocal performance as well as further evidence of her status as an exciting, emerging voice.” -Popmatters

“Stirring” -All About Jazz