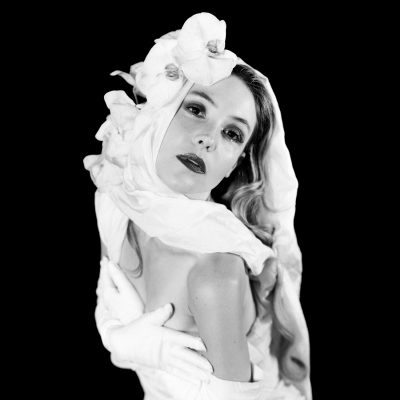 Samantha Sidley’s Interior Person is a testament to the jazz singer’s lifelong love of vocalists. “My whole life was a song,” Sidley says of her childhood. “If I looked at a tree, it was a song. If I felt happy, sad, joy, it was a song… I’ve always considered myself an interpreter, which is sort of an undervalued art form. I like to take a song and make the story true for me.” The record was produced by her wife Barbara Gruska (The Belle Brigade, Fiona Apple, Ray Lamontagne), who also drums on the LP, in a studio Sidley built in her childhood bedroom. Says Sidley, “My record sounds exactly like what I needed it to sound – like the old records I grew up on, mixed with now and the future.”

Throughout the LP she uses her voice on original songs written for her by Inara George (The Bird And The Bee), Alex Lilly, and Gruska. “They wrote songs that are all very personal to my story – they literally are my story – and from my lesbian perspective, which I appreciate so much,” Sidley explains. The record kicks off with the anthem “I Like Girls” which was the first single released from the album. Another highlight, “Listen!!,” was written by Gruska and Lilly as a kind of “thoughtful person’s revenge song” aimed squarely at mansplainers and steamrollers in the world. Amidst the originals, there is also a cover version of The Beach Boys’ “Busy Doing Nothin’” that serves as a nod to Sidley’s background as a youthful singer of standards in the legendary Oak Room in New York City’s Algonquin Hotel.