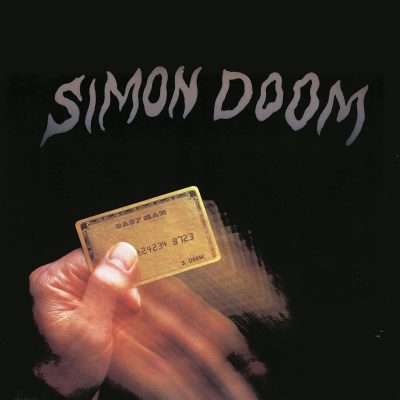 Whether it be his roles in prominent bands like MGMT, Kuroma, and Amazing Baby or his somewhat comical approach to lyrics, there was always something Simon O’Connor could point to as evidence that Simon Doom was “just a hobby project.” Then, in late 2015, the singer/guitarist had his doomsday clock officially punched when his wife gave birth to their son. Feeling as though it may be his last chance to go all ­in on the project, O’Connor fought through what was a year­long creative drought to come up with ten songs in just over a month. The resulting album, Babyman, explores sources O’Connor hadn’t been able to fully tap into on his previous two EPs – Simon Doom (recorded with Tommy Stinson of The Replacements and Bash & Pop) and Negotiate With The Monkey – while simultaneously cherry-picking the best aspects of both of those releases. His co-producers Andrew Vanwyngarden and Ben Goldwasser (both of MGMT) had a profound effect on the LP, as did mixer Ayad Al Adhamy (Passion Pit, Team Spirit). Other collaborators who left their fingerprints on the record include Anni Rossi, Cameron Avery (Tame Impala) and the members of the Simon Doom live band: Jim Carroll (Clouds, Pure Love), William Flynn (formerly of St. Vincent), Will Berman (MGMT, Kuroma) and Brandon Collins (Apse). With the help of his friends, O’Connor managed to craft a cohesive sound from a lifetime of creative influences: the DIY punk of his teenage years, the psych-rock bands he’d spent his adult life touring with, and the ‘80s college rock and proto-alternative he was listening to while writing the LP.

Lead track “I Feel Unloved” is built on a driving beat, with shimmering production and a wicked blend of electric guitar licks and arpeggiated synths. This same formula gets great results on tracks like “Sistine Chapel” and “Dream Of the Machines,” yet other parts of Babyman come from a sort of hushed place – in part because O’Connor wrote the songs in his living room while trying not to wake his sleeping son in the next room, and in part because at the heart of this record is O’Connor coming to grips with fatherhood. “Enter The Arena,” a song about the effect of parental drug addiction and subsequent suicide on a child, is a perfect example of how the birth of his son has changed him. While it is mostly about a personal friend, O’Connor says the song also reflects his changing perspective on one of his musical idols – Kurt Cobain – whose suicide left his daughter fatherless as a one-year-old.

“[’I Feel Unloved’] is so good, with a verse like sunshine and plinkety guitars that are very Albert Hammond Jr.“ -NOISEY

“Introduce yourself to NYC’s new pop icon in the making—Simon Doom; an alt-rock Adonis image ripped from the silver screen, and high-throttling through your stereo-speaker… [He] sounds like a mythic group imagined from the celluloid style of cinema filmstar heroes that rocks & rolls with festival ready savoir faire with the sensible ability to emulate historical pop eras by way of osmosis.” -Impose