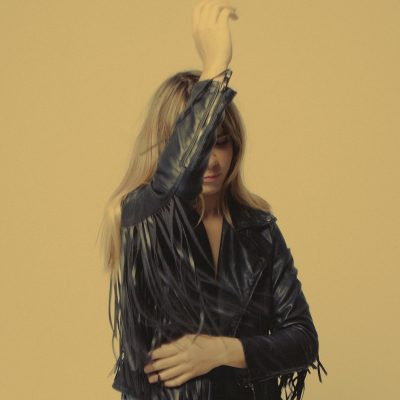 Fast or Feast, the new LP from Gothic Tropic, explores themes of empowerment in times of vulnerability. Rising from the ashes of old relationships and informed by the difficulties of growing up, this hooky ten-song record deftly and wittily riffs on universal experiences. Project mastermind Cecilia Della Peruti taught herself to play guitar by watching Television on YouTube and listening to Fleetwood Mac on the home stereo, and with Gothic Tropic she has combined these twin loves with psychedelia and ‘80s-inspired poolside pop. Recorded in LA with Todd Dahlhoff (Devendra Banhart, Electric Guest), Fast or Feast was the result of a two-year period of writing. For Della Peruti, the album’s title is representative of paradoxical brutality. “I felt it personified the extreme conditions of the writing and recording process,” she’s mused. “As well as where I’m at in my life. The chances of becoming homeless or renting a jet are somehow equal, with no middle ground.”

Going from one extreme to another, Fast or Feast captures the diverse spirit of Della Peruti’s artistry. Gothic Tropic keeps the vibe playful and punchy, nodding to singers like Debbie Harry and Chrissie Hynde and guitarists like Richard Lloyd and Nile Rodgers. From the roaring opening single “Stronger” to the atmospheric doo-wop of the closing track “Feed You To The Sharks,” Fast or Feast is an essential, thundering medley of Della Peruti’s guitar virtuosity (honed at her day job as a touring and session guitarist for Charli XCX, BØRNS, and more) and shimmering, economical pop songwriting skill. The album is a mixture of biting surprises, from the R&B inflections of “Chemical Trail,” to the Blondie-esque pop of “Your Soul,” to the heady psych rock of “Major.”

“If you like Fleetwood Mac and Blondie, you’ll want to check out Fast or Feast… Each [track] is an object lesson in shiny pop concision, with some of the angular funkiness of peak-period (1978-80) Talking Heads and an idiosyncratic, sensual throb that nods to current R&B.” -The Guardian

“Gothic Tropic follow in the footsteps of girl-rock powerhouses like Ladyhawke, while mixing in tones that almost sound like they were influenced by a 1980s Madonna. They took HAIM or CHVRCHES’ approach towards pop and made it far less cheesy. Every guitar riff flows, making Fast or Feast a definitive LP to bump in 2017.” -Mxdwn