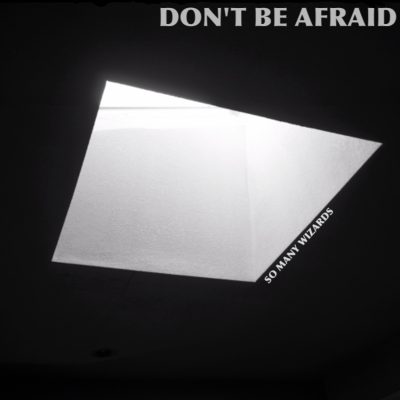 So Many Wizards is an airy, jangly dream-punk project from Southern California. Originally the solo bedroom adventure of multi-instrumentalist Nima Kazerouni, the project has evolved over several years into a fully-formed band (buoyed by longtime drummer Erik Felix and a cast of esteemed collaborators) that has garnered attention from Pitchfork, Stereogum, Aquarium Drunkard, and Impose Magazine; spins on BBC 1, KCRW, and SiriusXM; festival stops at SXSW and CMJ; and performances with artists including Thee Oh Sees, Colleen Green, No Age, and more. The band’s sophomore LP, Heavy Vision, followed a period of tremendous tumult for Kazerouni that culminated in what he calls a “nervous breakthrough. His emotional journey continues with the band’s new single, “Don’t Be Afraid,” the band’s second single release since Heavy Vision came out last year.

According to Buzzbands, which premiered the track, “Don’t Be Afraid” is “quite possibly the quartet’s sharpest work, marked by an urgency that befits its title.” According to Kazerouni, “It’s also little more aggressive and progressive [than a typical SMW song,] as the song takes you to different peaks and valleys. But ultimately, I would say it’s just a progression of what we’ve been building on. It’s still ‘dream punk’ and thematically it’s similar to the many Heavy Vision tracks about death and dying.”

“Lo-fi manic desperation packed into energetic pop songs… So Many Wizards do it so well.” -LA Record

“There is something beautiful and deep in So Many Wizards’ music… So Many Wizards is weird, poignant, beautiful, worth the listen, and more than a little psychedelic.” -Audio Fuzz