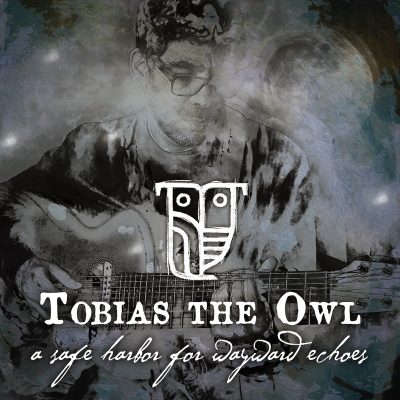 Elijah Dhavvan has a rich vocal tone, a special knack for writing heartfelt lyrics, and a keen sense of melody that sets him apart from other singer / songwriters. Dhavvan, a university professor by day, writes and records as Tobias the Owl and also serves as the guiding force to the collective performing under that name. Well-traveled, he is connected to the musical traditions of his Moroccan ancestors and has also gathered a diverse set of influences from Texas roots and folk traditions to deep Southern bluegrass, Canadian indie rock, and the acoustic music of the Pacific Northwest. These influences come together on his 2016 album, Every Eye is a Universe, the spectacular follow up to his debut EP Painting Zeroes By Your Name. Songs from these albums have been featured in television and film worldwide, and in 2014 Dhavvan won a Toronto Independent Music Award for best singer/songwriter in his hometown.

Now, Tobias The Owl presents its third and most-accomplished album, A Safe Harbor For Wayward Echoes. Dhavvan wrote the new album as he was recovering from a cancer that he thought would be terminal. “When someone tells you you’re going to die… In some ways it’s easier to accept death than to pursue an actualized life. Now I struggle with the question, ‘Am I accomplishing everything I am supposed to?’” In answering that question, Dhavvan wrote more than 150 songs that were eventually paired down to the ten that appear on the record. The album features special guests Ben Harper, Laura Veirs ,and Inara George, and was produced, engineered, and mixed by the Grammy winner Sheldon Gomberg (Warren Zevon, Rickie Lee Jones, Ryan Adams). In addition to the special guests, the album features violinist Andrew Joslyn (Macklemore, David Bazan), percussionist Scott Seiver (Aimee Mann, Tenacious D), vocalist and guitarist Jonah Tolchin, and fast-rising Seattle vocalist Gabriel Wolfchild.

“Beautiful ballads mend the pain and heartache of one’s soul and give the listener a sacred realization of what is really important in life.” -Northwest Music Scene

“As much beauty as can be fit in the human sonic experience.” -Ben Harper