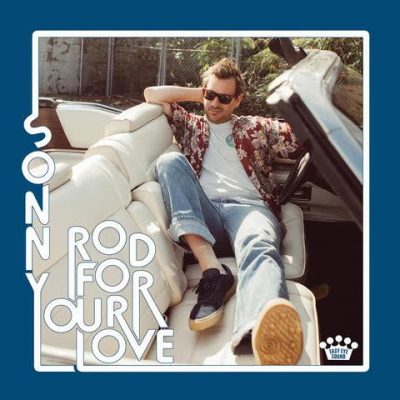 For years, the incredibly prolific Sonny Smith has built his own brand of indie-folk and rock & roll. With a dozen albums to his name and a handful of related projects — including multiple stage plays, a full-length musical and his nationally-recognized art installation, “100 Bands” — under his belt, Smith has grown into a cult favorite. Following a string of records billed under his band’s name, Sonny and the Sunsets, Smith has gotten lyrically personal while going back to musical basics on his new LP Rod For Your Love. Recorded in Nashville by Dan Auerbach of Black Keys, Rod For Your Love roots itself in old-school, guitar-fueled rock & roll. These are love songs built for the garage and the dance floor, recalling the days when bands like The Kinks and The Velvet Underground were making left-field pop that celebrated the form while still bending the rules. Released on Auerbach’s new label, Easy Eye Sound, the album was recorded by Smith and his band in peak form at the end of a cross-country tour. The goal? To shine a light on the songs and the band, without many overdubs or assorted clutter. “My last record was very layered and used a lot of drum machines [and] synths,” Smith says. “By the time we got to Nashville and began working with Dan, I was thinking, ‘Let’s just make a fun, guitar-driven record. I don’t want to have any extracurricular stuff here. I just want it to be really pure.'”

It’s hard not to identify with a song like “Pictures of You,” which find him remembering a former flame by sifting through her photographs. On “Burnin’ Up,” he swaps harmonies with songwriter Angel Olsen, turning the love song into a conversation between partners. Guitar abounds on Rod For Your Love, tracks like “Lost” and “Adventures” sparkle with the addition of organ and glockenspiel, respectively. Taken as a whole, Rod For Your Love feels both fresh and familiar at once. It’s the sound of the FM dial during the golden years of radio, with songs that spin stories about loving, losing, and living in the modern world, Rod For Your Love finds Sonny Smith hitting another high mark, adding a new milestone to a career that’s made him a cult favorite for decades.

“Relatable and often endearing, Rod for Your Love comforts like a favorite pair of jeans, and for a guy who knows his way around a quirky earworm, it’s in contention for his strongest set of songs to date.” –AllMusic

“Probably his most instantly appealing set since Tomorrow’s All Right.” -Brooklyn Vegan