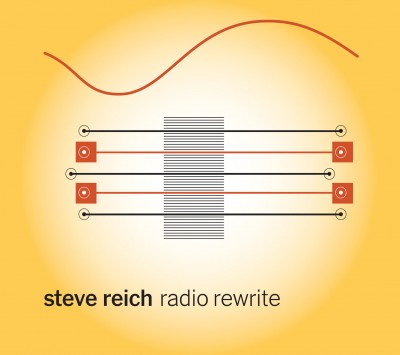 After hearing a performance of Electric Counterpoint by Radiohead‘s lead guitarist and keyboardist Johnny Greenwood at a festival of Reich‘s music, Reich immediately went home and listened to Radiohead‘s whole musical trajectory. Two songs got stuck in his head, “Everything in Its Right Place” & “Jigsaw Falling into Place”; both are referenced in Radio Rewrite. Radio Rewrite is not any thing like a variation of the songs, but rather an inspired intertwinement of harmonies and melodic fragments to complement Reich‘s own piece.

Radio Rewrite is Reich‘s own take on the 21st century traditon of musicians taking audio samples from other music and remixing them into audio of thier own. This piece, Reich says, is his “modest contribution to this genre”.

“What gave pleasure was seeing how thoroughly the borrowed material turned into Reich. [Radio Rewrite] was a fine display of compositional mastery, which had nothing to do with remix culture, and everything to do with old-fashioned virtues of harmony and counterpoint.”
– Daily Telegraph

“Reich continues to deepen and extend his basic strategies over the years. There are moody minor-key harmonies in “Radio Rewrite” that would seem too sentimental for his palette, yet he absorbs them and transforms them into something shiny and new. And the piece’s rhythmic profile is at once straightforward and subtly unpredictable.”
– San Francisco Chronicle