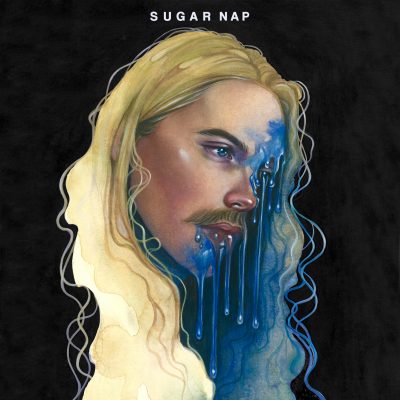 Pacific Northwest-based singer/songwriter/producer Caleb Kallander has adopted a varied assortment of musical instruments and consumes an eclectic mix of music, allowing him to experiment with a consistent flow of new ideas and sounds. As Sugar Nap, he presents a progressive, psychedelic, and cinematic effort self-written, performed, produced and engineered as a tapestry of electronica, folk, pop, dreamy vocals, tasteful ambiance, and experimental sounds crafted in his Des Moines, Washington home studio. The artist, who is inspired by music recorded as much as 40 whole years before he was born,  had his world turned upside down at a young age when his dad “called me into his office. He had me turn off the lights, sit on his lap at his office desk, and he played me Pink Floyd’s Dark Side of The Moon in its entirety through his high-fidelity desktop monitors. I was mesmerized.” Floyd is still likely the band that inspires Kallander the most – he cites their writing, skillful musicianship, engineering, and legendary live shows – but he is also a fan of artists as diverse as Carole King, The Eagles, Bob Dylan, Tame Impala, Radiohead, and Frank Ocean.

In addition to pushing the boundaries with his music, Kallander leads an inspiring non-musical life with recurring excursions as a commercial fisherman in Alaska. “Depending on the fishery and season, there is a lot of time alone to write and reflect. Being surrounded by the beauty of the Alaska landscape while studying philosophy and making my own observations, all while working in one of the oldest industries is very easily inspirational,” he explains. He also challenged himself to climb to the summit of Mount Rainier and succeeded; he renovated a 60s camper he travels in; surfs and rides a motorcycle, and shoots film photography. About his newest release as Sugar Nap, he says, “It captures me as an artist today. It’s adventurous for me, a bit psychedelic, and lyrically philosophical and reflective. There are themes of love, loss, regret, growth, and nostalgia.” Kallander recorded everything on the record himself, with additional mixing done with Eric Lilavois of London Bridge Studio.