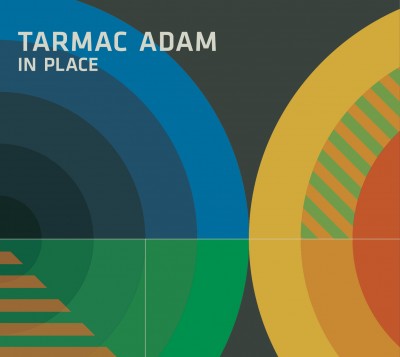 According to band leader Matt O’Donnell, the name Tarmac Adam is meant to conjure images of “the first man, the Everyman – on life’s journey, a journey we all travel.” That meaning resonates on In Place, the band’s new album of open-hearted, stoic affirmation hewn from road-worn meditation. In 2013, the band took their shimmering melancholic pop music from their hometown in Melbourne, Australia to the US – traversing the length and breadth of the country and winning rave reviews for gigs in proper venues and tiny rooms. Wherever they went, the songs of Tarmac Adam felt “in place.” This wasn’t lost on O’Donnell and his co-conspirator Steve Paix, who worked with drummer Josh Barber and bassist Nick Seymour (of Crowded House) to move away from the inward gaze of previous effort The History Effect to send a universal message in these increasingly fragmented times.

The album’s first single, “Walk Tall,” seeks that universality via a chorus that functions as an affirmation: “Rise above it all. Walk strong, walk tall.” “Blindside” is similarly affirmative, telling listeners to go “on with the show” despite surprising setbacks, while “Today’s the Day” advocates a carpe diem mentality and says, “Today’s the day. There’s nothing as important.” In terms of the music, In Place is an epic album that makes its point sonically as well as lyrically. Songs like “Begin to Mend” and “Tellingly” exemplify through expansive orchestration, intelligent arrangement, and imminently catchy melodies. On the whole, the superbly crafted, rich, and soulful In Place cultivates a sense of timelessness and maturity.

“Vocalist Matt O’Donnell has a charisma in his delivery and his arrangements (co-written with Steve Paix) are nothing short of gorgeous.”
-Absolute Punk

“The lush arrangements bring to mind Deacon Blue, Aztec Camera and the Smiths to some extent, in that they’re all dreamy and desirable.”
-No Depression