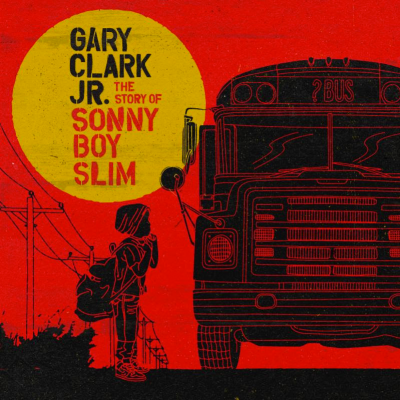 Austin-native guitar virtuoso Gary Clark Jr. is releasing the much-anticipated follow-up to his celebrated debut album, Blak & Blu. Though he has won a Grammy for “Best Traditional R&B Performance,” Clark is actually a non-traditional musician whose diversity of approach is apparent in the company he keeps: Alicia Keys has compared him to Jimi Hendrix and Marvin Gaye, the Foo Fighters invited him to perform at their 20th anniversary concert, Jay-Z has booked him for festival dates, and he recently opened for the Rolling Stones. On his sophomore LP, The Story of Sonny Boy Slim, Clark embraces his roots while also pushing towards the musical future with a rarified grace and an inextinguishable passion. “Sonny Boy Slim is me,” Clark says in the album’s trailer. “The underlying tone of this album is faith and hope, ‘Cause that’s what we need.”

While Clark’s debut album featured a roster of well-known producers, he opted to write, produce, and arrange the entirety of The Story of Sonny Boy Slim himself in order to emphasize a more personal and earnest tone. The album opens with the one-two punch of gospel-tinged “The Healing” and the gritty, gnarly “Grinder,” each of which showcase the enticing juxtaposition of Clark’s smoothly delivered vocals and his wailing, aggressive guitar-playing. On “Star” and “Hold On,” Clark moves away from rock and towards a more R&B feel, channeling Prince at times, while “Church” is a stomping gospel tune in which the singer asks God for help because he loves a woman “who’s in love with a man who I can’t be.” Drawing equally from blues, rock, and gospel, The Story of Sonny Boy Slim also incorporates hip-hop rhythms into the songs’ grooves. Together with his emotive voice, these elements give the entire affair an uplifting and inspiration feeling. As Clark says in “The Healing,” “This music is my healing… ‘Cause when this world upsets me, this music sets me free.”

“Gary Clark Jr. is singlehandedly taking the blues into the future.”
-Vanity Fair

“A-minus. Texas blues-guitar whiz Clark’s second album is less flashy than his debut, but in pulling back on the guitar heroics, he galvanizes his genre-jumping, too.”
-Entertainment Weekly