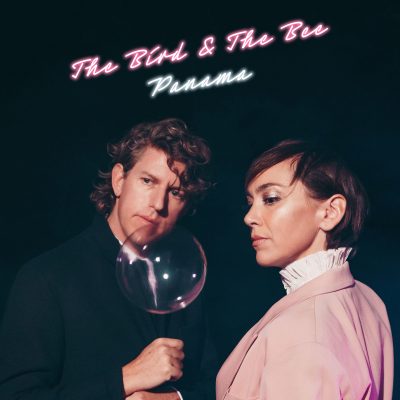 Since forming in 2005, the bird and the bee have brought a breezy elegance to their music, putting their own idiosyncratic twist on time-bending indie-pop. When we last checked in with the duo, they had just presented the dreamlike and dance-heavy album Recreational Love. Since that triumph, vocalist Inara George has released a solo album (Dearest Everybody) and started the Release Me record label (which has released music from Alex Lilly), while producer and multi-instrumentalist Greg Kurstin has continued his Grammy-amassing career making records with everyone from Beck to The Foo Fighters to Kendrick Lamar to Adele. Now the duo is back with their unique and catchy sound on “Panama,” a cover of the classic from Van Halen.

The track nods to the duo’s highly-successful 2010 album Interpreting the Masters Volume 1: A Tribute to Daryl Hall and John Oates, which Entertainment Weekly hailed as ““wink-free pop bliss.” Kurstin describes the original version of “Panama” as “such an epic, driving, rock jam. Van Halen blends anthemic songs with virtuosic playing like nobody else and David Lee Roth always delivers. Inara and I discovered we were both big fans of Van Halen growing up and had so much fun re-interpreting this one.”

“The pair turn ‘Panama’ from a huge ’80s rocker into a cute dance-pop song that somehow recalls both Michael Jackson and Imogen Heap.” -Cover Me Songs

Label: No Expectations/Release Me Records