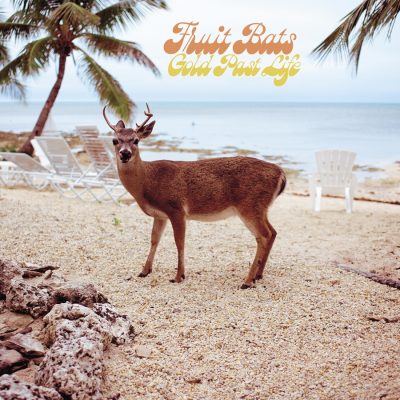 Fruit Bats’ Gold Past Life marks both an end and a beginning for Eric D. Johnson. It’s the end of an unintentional thematic trilogy of records that began with 2014’s EDJ (a solo record by name, but a Fruit Bats release in spirit) and hit an emotional peak with 2016’s Absolute Loser. Written in the wake of friends who left these earthly confines and families that could have been, they encompassed years of loss, displacement, and the persistent, low-level anxiety of the current political climate. But the songs on Gold Past Life also represent new beginnings—the journeys that await after making it through troubled times. The new record, produced with Thom Monahan (Neko Case, Peter Bjorn & John, Devendra Banhart), comes out on June 21 via Merge Records and features a range of guests including Greta Morgan (Springtime Carnivore, Vampire Weekend), Neal Casal (Circles Around the Sun), Trevor Beld Jimenez and Tim Ramsey (Parting Lines), Meg Duffy (Hand Habits), and more.

Johnson’s falsetto shines atop the bopping folk-rock of the lead single and title track, which is about rejecting notions of idealized nostalgia and moving forward in life.