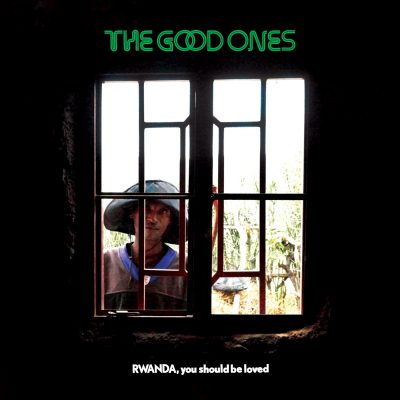 2019 year marks the 25th anniversary of the Rwandan Genocide, during which more than a million people were killed – many who died after enduring gruesome torture. The Good Ones formed as a healing process after that genocide, and the original trio’s membership reunited Rwanda’s three tribes with one member each from the Tutsi, Hutu, and Abatwa. The group’s vocalizations are based on the singing traditions and dialect of their local agricultural district more than by outside and Western influences, as primary songwriter Adrien Kazigira interweaves intricate harmonies with co-singer Janvier Havugimana in a folk style that shares an eerie similarity with American Bluegrass vocals. Third member Javan Mahoro lends additional background vocals and percussion on select songs, often incorporating one-of-a-kind instruments crafted from their own farming tools. In 2009, Grammy-winning producer Ian Brennan (Tinariwen, Ramblin’ Jack Elliott, Zomba Prison Project) and Italian-Rwandan filmaker/photgrapher Marilena Delli traveled to Rwanda in search of local music to document, discovering The Good Ones after crisscrossing the country and listening to countless artists. In 2010, The Good Ones released their debut album, Kigali Y Izahabu (“Kigali of Gold”), making them the first Rwandan artists to distribute songs internationally in the Kinyarwandan language. In 2015, they released their follow-up album, Rwanda Is My Home, which the Sunday London Times listed among its Top 50 Albums of the Year.

Now, the band releases Rwanda, You Should Be Loved via Anti Records. For the LP, Kazigira composed over forty songs – most meditations on his now 13-year-old daughter, Marie-Claire, and the life-threatening tumor that has afflicted her left eye. The recording was done live without overdubs on Kazigira’s farm and was imbued with emotion both from the passing of producer Brennan’s mother while they were together and on account of a founding member who had recently succumbed to his own demons. The Good Ones’ renown is evidenced by the stellar musicians who collaborated with them on the new album: Wilco’s Nels Cline, TV On The Radio’s Tunde Adebimpe, Sleater-Kinney’s Corin Tucker, My Bloody Valentine’s Kevin Shields, and Fugazi’s Joe Lally.