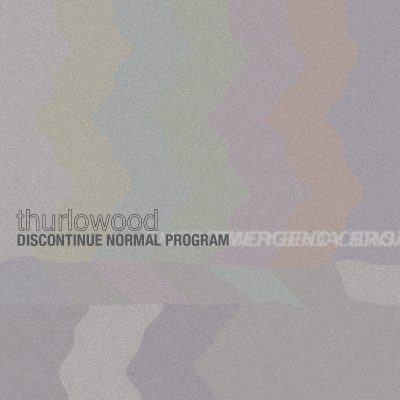 A book by Garrett M. Graff, Raven Rock: The Story of the U.S. Government’s Secret Plan To Save Itself—While the Rest of Us Die, captured Thurlowood’s attention and sent him down the rabbit hole that would become the album’s theme. Across ten songs, the Kelly-produced Discontinue Normal Program explores the US’s secret plans for continuity of government, to Nixonian posturing of the president as a “madman,” bunker survivalists, Hiroshima survivors, as well as the 1983 false nuclear alarm in the Soviet Union and 2018 false alarm in Hawaii. With the doomsday clock this January ticking to 100 seconds to midnight, the closest it’s ever been to the fateful hour, the issues and stories on the album feel more urgent and relevant than ever.

“It coincides perfectly with the current times, he actually didn’t do that on purpose. His dark and hopeless apocalyptic piano-centric indie tunes have been predicting the end since they were written.” -Break Thru Radio

“I can go into my office and pick up the telephone, and in 25 minutes 70 million people will be dead.” -Richard Nixon