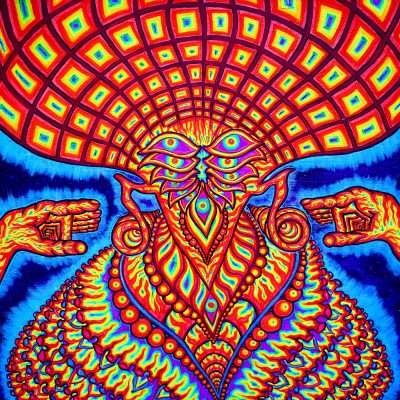 LA indie rock forbearers The Dream Syndicate have announced their third ANTI- Records release, The Universe Inside, available April 10. When audiences think of The Dream Syndicate, they don’t just imagine the wild abandon with which singer/guitarist Steve Wynn, drummer Dennis Duck, bassist Mark Walton, keyboardist Chris Cacavas and lead guitarist Jason Victor perform; the carefully-constructed songwriting of Wynn also comes to mind. On the new LP, though, every song is a group songwriting effort. In one session, they recorded 80 continuous minutes of soundscapes. Aside from vocals, horns and a touch of percussion, every instrument is live as it happened. According to Wynn, “There’s just so much lightning-in-a-jar, first take excitement on this record.”

New advance single “The Longing.” Wynn explains, was inspired by “a friend of mine [who] once said, ‘You ought to write a song about longing.’ This was a few years back but it stuck with me and when I was listening to minutes 20 through 28 of the improvisation that became The Universe Inside I knew that the suggestion had finally found its proper home. This section of music – that followed in real time the part that became ‘The Regulator’ – felt so mournful and lost and adrift and confused, much like longing itself. You think you know where it’s at? The longing is stronger than that.” It joins previous advance single, “The Regulator,” in our servicing. Reminiscent of 70s Miles Davis and his chaotic brilliance, the track features textures of eastern droning electric sitar (played by Stephen McCarthy of The Long Ryders), deep funky bass, haunting vocals, and saxophone flourishes by guest Marcus Tenney (a member of all-instrumental progressive ensemble Butcher Brown) grow into something delightful and unexpected.

Our servicing includes both the full length versions as well as shorter radio edits of both songs.

“It’s tough to be a weirdo these days. You’re either trying too hard or you’re just failing miserably to stand out in a sea of mall soundtrack slurry. But The Dream Syndicate, weirdos since inception in the best way possible, don’t even take the easy way out and simply comment on how, wow, like, times are tough. We all know times are hard—and sometimes we just need music that itself isn’t afraid to stretch the boundaries of conventional pop to help us get through it.” –Paste