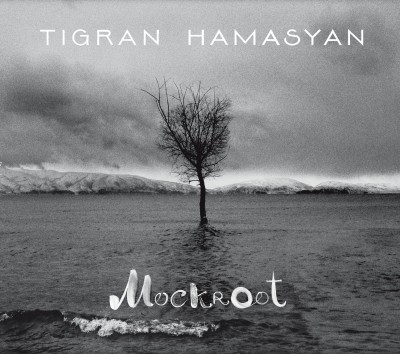 Nonesuch Records releases the label debut from pianist Tigran Hamasyan, entitled Mockroot. Although trained as a classical and jazz musician, Hamasyan draws on a wide range of influences, including Armenian folk music, rock, electronica, poetry, and more. He began playing the piano at 3, and at 16 he won the Montreux Jazz Festival‘s piano competition. Hamasyan spent many years in Los Angeles, but has since relocated back to his home of Armenia. The change of locale is evident on the songs of Mockroot, some of which are arrangements of traditional Armenian folk songs. Other obvious influences are the minimalist composition styles of Philip Glass and Steve Reich. Hamasyan manages to make big music with just a trio of (very talented) musicians – Sam Minaie on electric bass, Arthur Hinatek on drums and live electronics, and Hamasyan on piano, voice, keyboards, synths, and sound effects. Their jazzy take on Armenian folk rock is augmented with a math rock heaviness resulting in tunes that verge on metal. The unique melting pot of genres culminates in music that challenges, but endears the listener with an unexpected beauty.