To Emmylou – A Tribute to Emmylou Harris 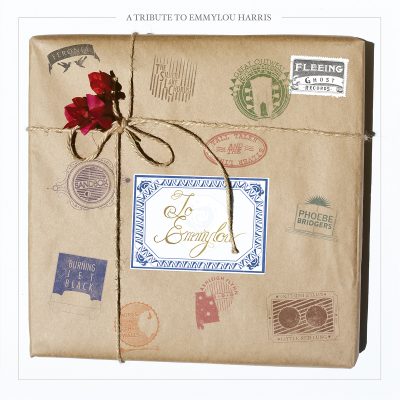 The debut release from Fleeing Ghost Records, To Emmylou is a tribute album featuring 10 rising Los Angeles bands covering 11 songs written or co-written by country legend Emmylou Harris. Long celebrated for her exquisite voice and unique phrasing, this tribute is meant to shine a light on her impeccable record as one of the finest songwriters of her generation. As Harris is known for covering songs in her unique style, the Fleeing Ghost team thought it would only be appropriate to give her catalogue the same kind of treatment and have each participating artist bring their own unique flavor to these compositions.

The artists featured on To Emmylou represent a snapshot of the Los Angeles scene as it currently stands, and the varied ways in which they chose to reinterpret Harris’ music reflect the eclectic nature of Southern California’s independent music. The Silver Lake Chorus, a 25-piece choir, opens the proceedings with an acapella version of “Timberline” that exudes both the edgy, independent spirit of LA and the heart of community choral singing; Burning Jet Black tacks in the opposite direction with a scorching garage rock take on “Six White Cadillacs;” Sandbox evokes Elliott Smith with its melancholic rendition of “Clocks;” while Tall Tales and the Silver Lining take a more traditional approach to “Boulder to Birmingham” that may remind listeners of Harris’ early collaborator Gram Parsons. Other contributors include the indie-pop inclined Feronia, the anthemic Wires in the Walls, singer-songwriter Phoebe Bridgers, Americana act The Great Outwest, the sonically-adventurous Little Red Lung, and Kentucky-raised folk hero Ashleigh Flynn.

“Each artist offers an individual imprint that allows these songs to stand on their own. As far as tribute albums go, this one is exceptional, and quite worthy of the originals.” -No Depression

“A number of fine interpretations of some of the best songwriting, Americana or otherwise, of the last nearly half-century… Listeners… will find much to like on this solid collection of both songs and performances that deserve wider recognition.” -Cover Me Songs