All The Real Girls 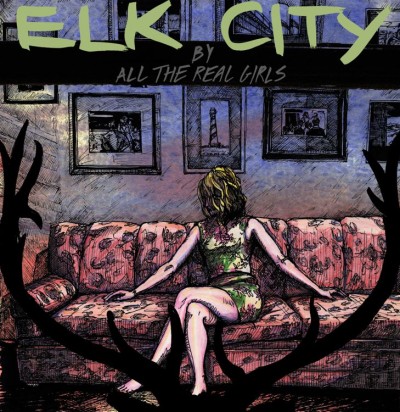 All The Real Girls is the new project from Peter Donovan, an earnest songwriter from the Pacific Northwest whose hearty, Americana-tinged work led members of Built To Spill, Death Cab For Cutie, Long Winters, Lashes, and Pell Mell to join him in creating a veritable supergroup. The band’s first album is inspired by Jo, an old woman he met while drinking at a bar near Bakersfield, California while he was there to film a part in the 2013 movie Lost on Purpose.  “She started giving me her entire family history, like five generations of it,” Donovan says. “Adultery, botched kidnappings, crazy cult leaders, schizophrenic starlets. It was nuts… I was writing as soon as I got back to my room.” The resultant album, Elk City, is a wild ride of fluid storytelling that Donovan and All the Real Girls brought to life with the help of producer John Goodmanson (Sleater-Kinney, Nada Surf).

The album begins with “Las Cruces,” a rolling-and-rollicking intro that captures Donovan’s buzzing energy after his encounter with Jo: “As I lay my head down on this cheap motel bed, Visions of Josephine are dancing in my head… In the morning I couldn’t remember my own name.” On the title track, stunning guitar arpeggios dance atop a percussive march as Donovan sings an ode to a fallen loved one that was inspired by Jo’s tale about the “big going-away party” held after her sister’s death. But while Elk City has a literal origin story, its songs aren’t easy to pin down; rather, they paint impressionistic pictures that convert Jo’s retold experiences into universal ones that will appeal to listeners whether they’re aware of the LP’s backstory or not. Throughout the album, Donovan creates vibrant portraits of desperate strangers (“Wrought Iron”), ruminates on romantic regrets (“Lizzie”), and builds mysteries around the small-town scandals relayed to him by Jo (“Those Shoes She Liked To Wear”). The album is just as profound musically as it is lyrically, as the all-star cast comes together to craft a guitar-fueled sound that finds the perfect balance between dark, light, dirty, and pretty.

“This title track… portends a solid roots jangle of an LP. Lilting guitar leads hop along a shuffling beat made anxiously happy with handclaps and tambourine.” -CMJ