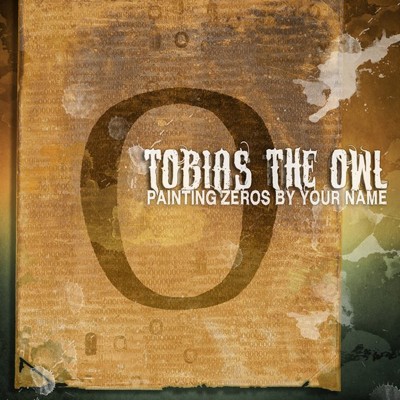 Elijah Dhawan, the Toronto-born singer-songwriter who performs as Tobias the Owl with a multiregional cast of musical collaborators, is no stranger to the road. Dhawan has spent years traveling – sometimes on foot – throughout North America, gathering a diverse set of influences from Texas roots and folk traditions, deep Southern bluegrass, Canadian indie rock, Long Beach surf and rockabilly, and the acoustic music from the Pacific Northwest he now calls home. A descendent of Moroccans, Dhawan also incorporates the deeply spiritual tones of classical Sufi music, as well as the community-shared folk of Berber culture, into songs that aim to heal and sublimate the tribulations of life to higher spiritual awareness.

Though Tobias the Owl was named “Best Songwriter” in the 2014 Seattle Sound Music Awards and also “Best Singer/Songwriter” in the 2014 Toronto Independent Music Awards, Painting Zeros By Your Name is the first commercial release from Dahwan. Originally distributed to friends at performances, the newly remixed EP includes six songs that touch on themes including the permanence of our actions and words, and the inverse relationship between time and memory. Standout track “Low Life,” about disappearing anonymously into the background of a cold, unfeeling universe, touches on the transient nature of our relationships, while “No Light (Moon Song)” is about the fine boundary between cherishing what we have, and gently letting go of the things that are beyond our reach. Delicately orchestrated, the EP conveys a pensive, moody sound that will draw listeners in and encourage them to get lost in their thoughts.