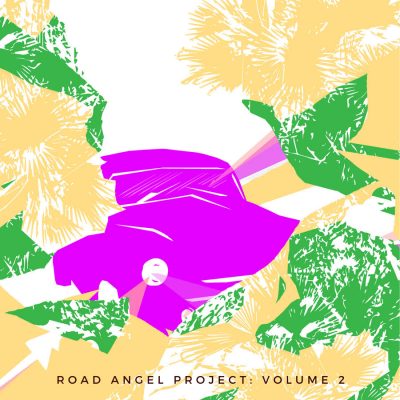 Following her “Sex In Cars” duet with Dave Grohl, Inara George has curated Road Angel Project: Volume 2 in partnership with Sweet Relief Musicians Fund, which will receive all the proceeds. “I reached out to some of my musician friends to see if anyone had a track that they’d like to donate to the cause,” George says. “Alex Lilly, Dannielle De Andrea, and Mike Viola were the first to respond. I liked the idea of having just three songs as the second volume because they all seemed to work so well together as a little story about these times.” According to Sweet Relief’s Aric Steinberg, “Sweet Relief is so grateful to be a part of the ‘Road Angel Project.’ It’s been incredible to see the music community come together during this pandemic, and this is another example of good people doing good things. The funds raised will allow us to help even more music industry professionals in desperate need and we are truly thankful for Inara’s support.”

About her contribution, which opens the bundle, Lilly explains, “I wrote and recorded ‘Goodbye Reckless Things’ at my home during the early days of the pandemic and lockdown. There was a lot that felt lost at that time and that feels lost still. This was a spare but light-hearted lament for all the small things we’ve said goodbye to… hopefully just for the time-being.” About Track 2, “The Call,” Dannielle De Andrea says, “Before I moved to the US from Australia, I heard a piano solo on a track called ‘Mean Old Man’ by James Taylor. I saw that the piano player was Larry Goldings and I became a little obsessed. I met Larry at a show, and after the gig, we set up a writing session! I asked if he had any melodies that he may need some lyrics for and he had the melody to what would become ‘The Call.’ I wrote the words so quickly. I wanted it to be about the simple things in life that we are given for free, but somehow lose perspective on and need to get back to what is real.” Mike Viola, who contributed a track from 2007, says, “I wrote ‘Motel Mood’ for my wife Audrey before she was my wife and we were falling in love in New York City. We loved to rent a car and just start driving until we found some dumpy looking Bates Motel to check into. The song kind of explains why. The only reason why it ended up in a pile of unreleased music is because I had too many songs for the record that I was making. But I always liked the song and I like singing my wife’s Audrey’s name.”