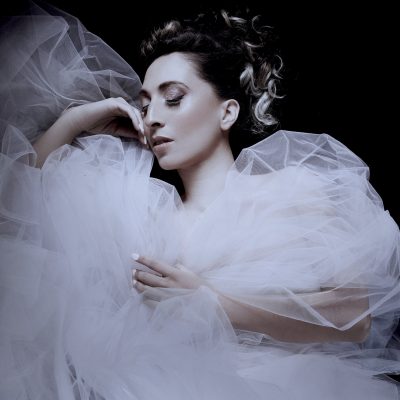 Yael Meyer has been a staple of the Latin American and US indie pop scene for more than a decade. “Known to belt out music and combine electronica, pop and folk sounds in unprecedented ways,” according to Thread MB, her music has been described by Entertainment Weekly as a “bouncy, ebullient electropop that should appeal to the considerable number of people who are still waiting for Grimes to write another ‘Oblivion'” – high accolades for an artist that grew up in a country far from the bells and whistles of the US music industry and who has built her career mostly on her own. Produced by Bill Lefler, Meyer’s longtime collaborator with whom she worked on previous albums Everything Will Be Alright (2011) and Warrior Heart (2104), “Technicolor” is the last preview track from her first upcoming Spanish EP, Huracán. The raw, naked, autobiographical, heart-breaking, and hopeful songs on the EP were all written during a time of intense change and transformation.

According to Meyer, “Technicolor” is “full of color and playfulness. An invitation to enjoy the moment and have a good time.” The song was co-written with Gaby Moreno, who received the Guatemalan Grammy Award for Best New Artist in 2013. Title track “Huracán,” she says, is “about realizing our own frailty and coming out stronger on the other side.”