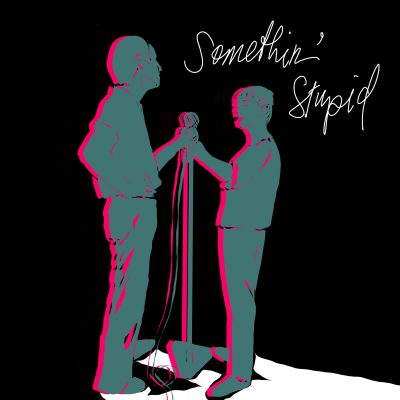 When she announced the formation of her new label Release Me Records, Inara George (the bird and the bee, The Living Sisters), she told VoyageLA that her goal was “exposing some very talented people, that I’ve had the pleasure of working with, to the world.” One such person is Charlie Wadhams, a longtime George associate. Wadhams has been a fixture in the Los Angeles scene for a while, playing both in the band Rex Aquarium and as a solo artist, co-writing songs with Priscilla Ahn and Benji Hughes, and even writing and performing a couple numbers in the film Walk Hard: The Dewey Cox Story. His first venture for Release Me Records is a duet with George, “Somethin’ Stupid.”

The song is a fun and sweet take on the classic, which was most-famously sung by father-daughter duo Frank and Nancy Sinatra in 1967. George and Wadhams sound natural as they sing each line in harmony over a spry, jazzy piano track.