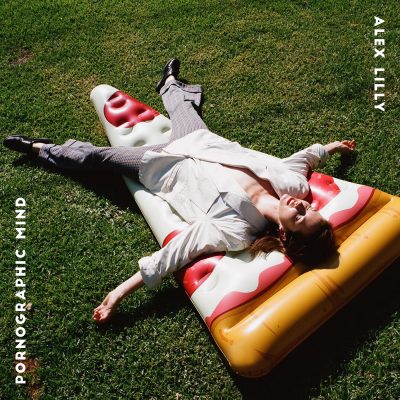 Los Angeles-based artist Alex Lilly is a Renaissance Female. In addition to writing, producing, and playing in her own musical projects – including Obi Best, The Living Sisters, Touché, and Zero DeZire –  she’s established a notable career on the road in the touring bands of  esteemed musicians like Beck, Lorde, Ry Cooder, and the bird and the bee. On her debut LP, 2% Milk, Lilly brings her singular voice to the table. Lilly’s songs – she describes her sound as “sexy psychological thriller” – are synthy, syrupy, and suspicious. Due in January, 2% Milk is coming out via Inara George‘s newly-formed Release Me Records. George, who’s played with Lilly in the bird and the bee, explains, “I started Release Me to shine a light on Alex, and all the other insanely gifted musicians I’ve had the pleasure of working with.”

“‘Pornographic Mind’ is a combination of classic AM radio pop, of the kind that has inspired Lilly’s sometime bandmate Inara George, as well as breezy, late ’80s synthesizer pop, think Madonna with a more poetic bent or Belinda Carlisle momentarily expressing an appreciation for the avant-garde.” -Popmatters