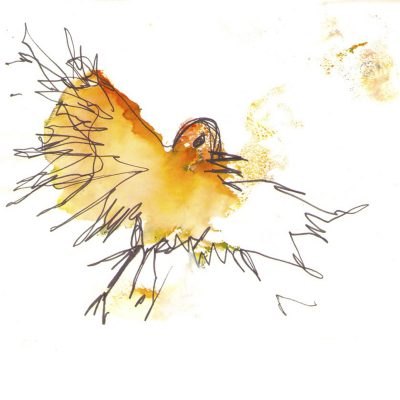 Allen Tate, a Brooklyn-based vocalist and songwriter, first received acclaim as the lead singer of San Fermin, the indie rock band led by composer Ellis Ludwig-Leone. Ludwig-Leone wrote about half of San Fermin’s songs for Tate’s voice, which contrasted with the band’s female vocalists to thrilling effect. Strong reviews greeted the group’s two albums, with Tate’s distinctive baritone voice described as “sterling,” “gorgeous,” and “golden” by the likes of Rolling Stone and NPR. As the frontman of San Fermin, Tate has performed sold-out shows across the world and has shared the stage with the Arctic Monkeys, The National, St. Vincent, The Head and the Heart, and alt–J. Last year, Tate released his first solo album, entitled Sleepwalker. Composed during a stay in Copenhagen, it features melancholic wordplay and minimalist sounds that mirror Tate’s feelings of isolation at the time.

Now, Tate – who has always paid homage to his musical heroes- presents a sinister and dynamic take on Nirvana‘s “Polly.” The impetus for this cover was simple; Tate has always loved Kurt Cobain and found the child-like melancholy of “Polly” particularly striking. “Polly is one of my favorite Nirvana songs,” he says. “It’s a dark song but the melody really sticks with you in a nursery rhyme kind of way.” Tate’s version trades in the simple arrangement and wry humor of the original for something darker and more spacious, with a sinuous bassline punctuated by predatory drums from San Fermin’s Michael Hanf. The song was mixed by Mark Bengston and mastered by Tyler McDiarmid.