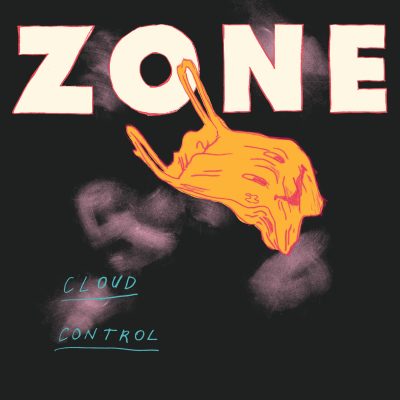 When Cloud Control moved back to Sydney in 2013, they were different than the band that had left. In the preceding two years, they toured their Australian Music Prize–winning, ARIA-nominated first album Bliss Release to global acclaim, relocated to the UK, and released a second LP – Dream Cave – from their new home. But as they prepared to return to Australia at the end of a huge US tour, bassist Jeremy Kelshaw bowed out and suddenly, for the first time in nine years, Cloud Control had to find balance as a three-piece: Alister Wright, Heidi Lenffer, and Ulrich Lenffer. The trio found a new resolve, borne out of a decade of experience: their next record would be made on their own terms, and it would sound exactly the way they wanted. It took three years to record Zone, but the band’s first self-produced LP is their most cohesive, complex, and personal release to date. There were setbacks during the creation of Zone – break-ins, break-ups, and communication breakdowns – but through it all there was a sense of freedom and growth. According to Heidi, “It feels like a personal triumph.”

The record opens with “Zone (This is How It Feels),” which has spaced-out layers of looped sounds and samples that propel an anthemic, driving melody. “We surprised ourselves by how much we liked it,” Heidi says.”The song became a symbol of tenacity, pushing forward despite everything. It tied the whole album together.” It’s a fitting opener to an album that is profound but flippant, euphoric yet conceptual, and full of highlights. One example is “Panopticon,” which blends a Bee Gees-esque bassline with shoegaze guitars and a hip hop beat under lyrics about complacency under surveillance. There are songs like “Summer Rave” and “Lights on the Chrome” – both odes to Sydney that swim in blissful hedonism – and slow jams too: the sweet, sad longing of “Goldfish,” and the floating, spacious “Find Me In The Water” (written by Wright’s brother Doug Wright, of Fishing). “Rainbow City,” the album’s ebullient lead single, is an intense track with a desperate lead vocal from Wright, a fat electric guitar tone, and a nuanced bridge featuring the Lenffers’ back-and-forth singing. Throughout Zone, listeners will hear the the sound of a group that has found its balance as a trio and is now freer with direction and influences than ever before.

“[‘Zone (This Is How It Feels)’ is] an ambitious song. It’s a thoroughly modern track, and a big advancement from the fun retro psych rock of their… debut album.” -Under The Radar