As You Are (Original Motion Picture Score) 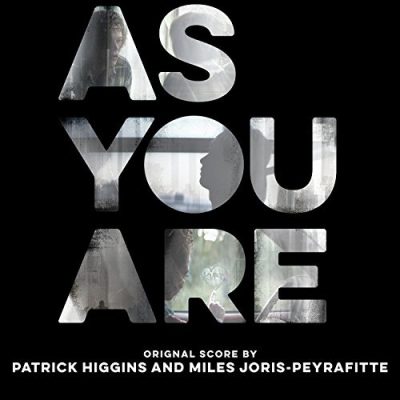 As You Are, the hazy directorial debut of Miles Joris-Peyrafitte, is, according to MTV, “a quiet exploration of boyhood, sexuality, and, perhaps more devastatingly, the complicated intimacy of adolescent male friendship.” Set in the 1990s and starring Amandla Stenberg (The Hunger Games), Charlie Heaton (Stranger Things), Owen Campbell, Mary Stuart Masterson, Scott Cohen, and John Scurti, the film centers around a group of outsiders who form a tight friendship until changing relationships and emerging secrets force them to look at themselves and see how far they are willing to go to live the lives they choose. In a review, RogerEbert.com praises the film’s cinematography and slow-simmering tension, calling it “an exciting debut from an extremely promising, young filmmaker.” The film, which was awarded a Dramatic Special Jury Award at Sundance in 2016, is now available on iTunes.

In addition to directing the feature, Joris-Peyrafitte collaborated with Patrick Higgins on a haunting, atmospheric score that highlights the sense of dreary anxiety captured on film. Most of the pieces collected on the official soundtrack are slow-moving, prominently featuring acoustic guitar and piano along with sprinklings of foreboding synth and breathy female vocals. There are a couple of songs here, though, including a grungy Joris-Peyrafitte rocker entitled “Oh Boy, Trailer Homes” and the gorgeously dark and folky finale, Kevin Reilly’s “Appalachian Moon.”

“Joris-Peyrafitte shows confidence and talent beyond his years… [He] creates an intriguing contrast of moods—the push-pull between the wonder of discovery and the dread of reality.” –RogerEbert.com